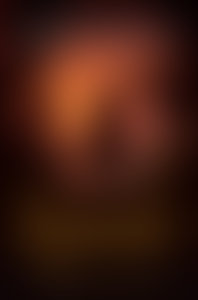 SARAH REES BRENNAN grew up in Ireland and then moved to New York and London, where she wrote her first book, The Demon’s Lexicon. She never had an imaginary friend as a child, but she returned to Ireland to write about all the imaginary friends she has now and hopes you like them. Visit her at sarahreesbrennan.com or follow her on Twitter at @sarahreesbrenna, where they cruelly stole her last “n” and she will have vengeance.

Sarah Rees Brennan is the author of Unspoken, the first book of her young adult trilogy, The Lynburn Legacy. Kami Glass is an outsider in her sleepy English town mainly because she’s in love with someone she’s never met — a boy she talks to in her head. When disturbing events begin happening, Kami realizes her town is hiding secrets, and a murderer. The key to it all might just be the boy in her head, who, it turns out, is deliciously real. Here, Brennan talks about her trilogy, Gothic novels, and reading minds.

Sarah Rees Brennan: I’ve seen in a lot of places the idea that reading someone else’s mind would be romantic, and always thought it might be much more complicated than that — shocking and difficult to deal with instead — so the idea of a girl finding out her imaginary friend was a real guy was the first inspiration for the novel. And I’ve always loved Gothic novels, in which so often the hero is hiding a Dark Secret from the heroine (wife in the attic, say) and I love trope reversals. The idea of a pair investigating a Gothic mystery who really can’t keep any secrets from each other appealed to me greatly. Thus I launched in on a yearlong attempt to read every Gothic novel in the world! Turns out they are absolutely chock-full of people getting buried alive. That’s the major theme; I was surprised too.

PRH:What was your favorite chapter, or part, to write and why?

SRB: The part where Kami and Jared first meet: the shocking moment when imagination and reality first intersect, with what I hope are surprising and interesting results.

PRH:Which character speaks the loudest to you?

SRB: Different characters speak loudest at different times, really! Kami of Unspoken really works for me as a continuous voice, because she’s goofy and sees the world much like I do. I said recently of the hero, “I like it when Jared isn’t happy, because he is SUPER FUN to write then.” He’s a really dramatic guy with many feelings. At one point he tries to strangle a dude with the tie to his own bed curtains. (Oh sorry. That’s a spoiler. And it isn’t even in the first book. But in the first book he does stage a dramatic break-up with someone he’s not dating, so.) I think there’s a time for each character to come center stage: I have this one very laid-back, funny character called Rusty who was a real help making the tensest scenes of book two be fun as well as tense.

PRH:What was your favorite genre to read as a teenager?

SRB: As a teenager, I read much the same way I do now. (I’m, uh, very mature.) I read everything: lots of teen fantasy, absolutely, and Tamora Pierce and Diana Wynne Jones and Robin McKinley were the best introductions a girl could have, but I also love romance, and crime, and science fiction, and literary fiction, and even poetry when I only have three minutes to have leisure reading. (Yes, I may have just admitted to reading poems in the ladies’ bathroom.)