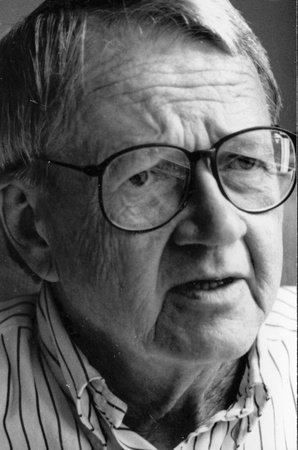 Donald Justice was born in Miami, Florida, in 1925. A graduate of The University of Miami, he attended the universities of North Carolina, Stanford, and Iowa. His books include New and Selected Poems; A Donald Justice Reader (1991); The Sunset Maker (1987), a collection of poems, stories and a memoir; Selected Poems (1979), for which he won the Pulitzer Prize; Departures (1973); Night Light (1967); and The Summer Anniversaries (1959), which received the Academy’s Lamont Poetry Selection. He held teaching positions at Syracuse University, The University of California at Irvine, Princeton University, The University of Virginia, and The University of Iowa, and from 1982 until his retirement in 1992, he taught at the University of Florida, Gainesville. He won the Bollingen Prize in Poetry in 1991 and received grants in poetry from the Guggenheim Foundation, the Rockefeller Foundation, and the National Endowment for the Arts. He was elected a Chancellor of The Academy of American Poets in 1997. He lived with his wife in Iowa City until his death in August of 2004. The whole of his career is published in a final book, Collected Poems.