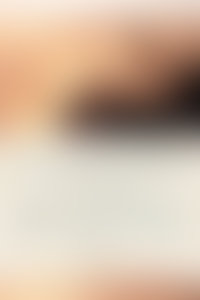 AUTHORBIO: Jo Kadlecek holds Master of Arts degrees in humanities with an emphasis on American literature (where her thesis project was a full-length play on the conversion of Dorothy Day), and in cross-cultural communication with an emphasis in urban ministry. She has a bachelor degree in speech and English secondary education. Currently, she and her husband live in New York City as white residents in the predominantly black neighborhood, trying to continue a commitment to urban living and cross-cultural neighboring. (She also lived in the black community of west Jackson, Mississippi for a year, and in Denver’s Five Points for seven years.) Kadlecek’s commitment to urban and social justice issues enhances her devotion to the literary arts, since both reflect the drama of human experience.

Kadlecek is a contributing editor to www.Crosswalk.com, and the co-author of eight books, including the Gold Medallion finalist Resurrecting Hope: Powerful Stories of How God is Reaching the Cities (Regal) with John Perkins. In 1999 she wrote I Call You Friend: Four Women’s Stories of Race, Faith and Friendship with Pamela Toussaint (Broadman&Holman) and Feast of Life: Spiritual Food for Balanced Living (Baker). She has a forthcoming book with Guidepost’s Ruth Stafford Peale, another with Dr. Taylor Field of Graffiti Baptist Ministries on New York’s lower east side, and is currently writing a book with Broadman&Holman that explores stories of redemption in the everyday.

In addition to her writing, Kadlecek has taught literature, communication, and writing courses for the past eighteen years to adult, college, and high school students on several Christian and mainstream campuses. As of September 2000, she will be working as a part-time writing teacher at a local elementary school with third and fourth grade students. Kadlecek has spoken at numerous workshops, writers’ conferences, and literary festivals and has taught Bible studies at a variety of conferences, retreats, seminars, and churches. She is a member of the National Writer’s Union and formerly served on the board of advisors for Virtue, Inklings, and VisionNew York.