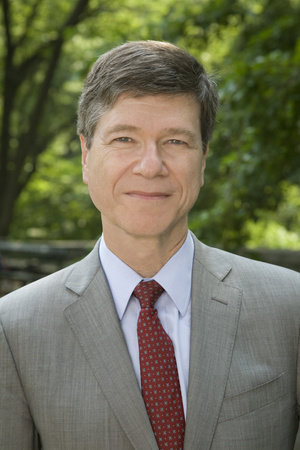 Jeffrey D. Sachs is a world-renowned professor of economics, leader in sustainable development, senior UN advisor, bestselling author, and syndicated columnist whose monthly newspaper columns appear in more than 100 countries. He was the director of the Earth Institute at Columbia University and was a special advisor to UN secretary-general Ban Ki-moon on the Millennium Development Goals, which were designed to reduce extreme poverty, disease, and hunger, a position he also held under former UN secretary-general Kofi Annan. Sachs directs the UN Sustainable Development Solutions Network on behalf of the secretary-general. He has received many honors around the world, including the Sargent Shriver Award for Equal Justice, India’s Padma Bhushan award, Poland’s Commanders Cross of the Order of Merit, and many honorary degrees. He has twice been named among the hundred most influential leaders in the world by Time magazine.

Sign me up for news about Jeffrey D. Sachs and more from Penguin Random House

The Price of Civilization

The End of Poverty