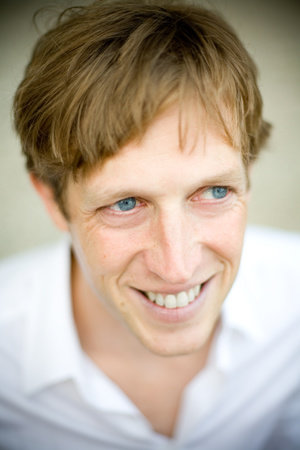 I remember writing my first story when I was seven. It was called the “The Strange Ship,” and it was about two ghosts who visited a spaceship full of aliens and blew it up. After I illustrated it, drew a cover, and stapled the pages together, I was astonished. Producing a book was so easy! I felt as though I’d gotten away with something.

Encouraged, I tried something bigger: an epic that started with the creation of the world, progressed to a story about a talking Christmas tree and a dinosaur detective who fight against a grinning pile of hair and his army of squabbling freaks, and ended with the apocalypse. I kept rambling off into digressions and subplots, so I never finished, but that’s why I enjoyed writing it so much. I discovered early on the pleasures of getting distracted.

The ability to get distracted is an easily misunderstood talent. Irresponsibility is a secret virtue. Throughout grade school, I left many stories unfinished; in high school, I half-programmed a lot of computer games; in college, I co-wrote a musical, but even though we got a cast together and rehearsed it, it was never properly performed. Yet I learned a lot by being undisciplined. Someone once wrote, “If a thing is worth doing, it is worth doing badly.” Yes–what’s more, if something is worth doing, it is also worth doing halfway and then quitting. It’s also worth brooding over, and making lots of plans, and then going off and doing something else. Having many little interests, amateur enthusiasms, and failed ambitions creates a rich stew out of which you can boil fresh ideas.

I’d always wanted to be a writer, but for a while I even abandoned writing. In college, I decided I’d rather be a physicist. After getting my degree in physics, though, I realized I didn’t want to be a scientist after all. I had friends who were in bands, and that seemed fun, so I learned how to play the guitar. But as soon as I was halfway proficient, I stopped. I taught science at a junior high school, but then I stopped that, too. I moved to Japan and came back after a year; then I moved back to Japan; then two years later I came back again. I took classes in improvisational comedy, but when it came time for real shows, I often dropped out.

You hear advice about how perseverance pays off. That’s true, but I think the opposite is more interesting and equally true. My favorite experiences and ideas have come when I’ve wandered away from what I should’ve been doing. Maybe it’s better to make a principle of fickleness, to deploy a strategic laziness, to be staunchly flighty.

By letting myself get distracted by interests other than writing, I gave myself something to write about. The specialties of the knights in The Order of Odd-Fish are almost all subjects I’ve been curious about at some point or another. The Odd-Fish lodge itself has its roots in the grubby convent I lived in when I was a volunteer teacher (a mishmash of queer little rooms full of junk nobody had touched in years, an attic seething with bats, fraying red carpet that smelled overpoweringly like cat urine, and a woozy, wobbly, extremely aged nun that trundled around the halls at all hours). Ken Kiang’s failed musical is inspired by my own musical. The rituals of Eldritch City are partly based on festivals I saw and participated in while I was living in Japan. My tastes in reading are similarly scattershot, and The Order of Odd-Fish borrows from writers as different as Douglas Adams, Evelyn Waugh, Madeleine L’Engle, Edwin O’Connor, Roald Dahl, James Joyce, J. K. Huysmans, and G. K. Chesterton.

Maybe I wrote The Order of Odd-Fish because I felt I’d be at home in an organization like it: a society of dilettantes, living together in a fascinating but homey lodge in a big city, bound together by weird but not oppressive traditions, contributing to each other’s idiosyncratic projects, and occasionally going off on a quest. If I can’t join the Odd-Fish, writing about them is a fair substitute. I suspect there’s enough in Eldritch City to distract me for a long time. And when I eventually find myself going astray from that world, into new and irrelevant terrain, I’ll know I’m on the track of something good.

The Order of Odd-Fish