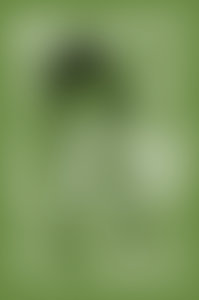 Sign me up for news about P. L. Gaus and more from Penguin Random House

Whiskers of the Lion

The Names of Our Tears

Q. This book has a full cast of colorful characters. How do you go about fleshing out a character? From where do you get your inspiration?

When I began to write Blood of the Prodigal, I realized I would need three main characters to handle the duties in a cultural murder mystery. I also wanted to write about life in a small American town (the source of my inspiration), and it therefore seemed necessary to me that my characters should be life-long friends, and that I could show my readers more about who they are by letting them interact with one another in that small-town setting. Professor Michael Branden is the deep thinker, Pastor Caleb Troyer is the emissary to the Amish communities, and Sheriff Bruce Robertson handles law enforcement. Then, the way these three men relate to one another helps me define the essential natures of each of them. The women in their lives are no less important—the professor's wife Caroline, the sheriff's secretary/dispatcher Ellie Troyer, and the medical examiner Melissa Taggert—and I have enjoyed giving them what are sometimes the deeper insights. In this typical mix of small-town people, it is the interpersonal relationships that define who each character is. These are stories about community, culture, and a fundamental, rural competence, and the final denouement of the stories is often more about the qualities of my characters than it is about the mysteries.

Q. Mystery writing seems to carry with it a whole different skill set. How do you go about plotting out the story? What elements do you feel are integral to a good mystery?

All of my novels are plotted around one or another of the scriptural principles that guide and inform Amish culture and religion. The stories are allegories for Amish spirituality. So I start with a passage of scripture and plot out a story that aligns with it. For Blood of the Prodigal, the pivotal scripture was the 139th Psalm, and I gave it to Bishop Eli Miller to interpret it for us in the context of his loss and his forgiveness. In fact, Blood of the Prodigal is a story about the repentance and forgiveness associated with a shunning event, as much as it is a story about kidnapping and murder. It is also essential to each of my mysteries that the various plot threads intersect with the scriptural principle of the allegory, or with a principle closely aligned with it. So we have in Blood of the Prodigal the reconciliation of the bishop both with his prodigal son and with the suspect English culture from which the rescue of his grandson arises.

Q. Writing about specific religious communities can be a delicate matter. How do you approach this challenge? Are there Amish communities who are aware of your work and, if so, what is their opinion of it?

I have endeavored to portray Amish society with respect and empathy, and for the most part, I think I have succeeded. I know my books are read widely in Holmes County, and the drivers of the Bookmobiles tell me that the stories are always in demand there. But many Amish people would not give my books any attention at all, and some who have do not consider them appropriate for Amish readers. After all, they are murder mysteries. Nevertheless, everyone seems to agree that I have portrayed the culture in a sympathetic and honest manner, and English and former-Amish people who know the Amish well often marvel at how faithfully I have handled the subject.

Commercialism in Holmes County, Ohio, has been steeply on the rise in the last thirty years, and it is not possible to drive even a quarter of a mile on most country lanes, there, without seeing one sign or another for goods or services for sale. The Amish are popular with the tourists, and many of them have taken advantage of that to earn a living where farming is no longer feasible. In fact, tourism is so deeply embedded into the economy of Holmes County that English folk have learned how to mimic Amish establishments, and they are profiting from the deception. Some Amish don't like this very much, but most accept it as a fact of life. If they stay in Holmes County, they often are drawn into the world of commercial tourism themselves, and if they don't like that prospect, Amish people often move to another location, and that has spawned new Amish settlements all over the country. It is sad in many ways, but I suspect it is inevitable. For a season, these people will surely enjoy the old ways, refocusing on farming and community. But often it isn't long before Amish commerce breaks out again, even in the remotest regions of America, because English people almost everywhere are drawn by genuine curiosity to know more about those curious people with the buggies and old-fashioned dress.

Q. This book is the first in a series of Amish mysteries. What are you working now? What's next for Branden, Troyer, and Robertson?

I have now finished the seventh Amish-Country Mystery. It is a story that opens with an Amish lad's confessing to murder. Set partly in the Pinecraft Amish community of Sarasota, Florida, it is a story about the human capacity for remorse, and the role of grace in forgiveness. Imagine the professor at an Amish restaurant under the thin shade of tall palms, and a boat chase on the luminous green waters of Sarasota Bay. Ricky Niell is there on the boat with Professor Branden, and as in Blood of the Prodigal, they both end up in the water.

As with my other six novels, my cast of English regulars is there, some with new and developing relationships, but none exactly the same as before. My characters have grown, married, and discovered unknown children along the way. They've wrestled with their careers and their relationships. Nevertheless, despite its unusual setting and plot, the seventh novel strikes a note in harmony with the other six, and I am now as eager as anyone to learn what will happen in the eighth novel with the professor, the pastor, and the sheriff. Considering what they've been through together, it is a comfort to me to know that they are all still close friends.