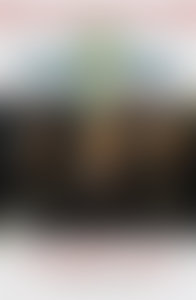 J. Michael Straczynski is one of the most prolific and highly regarded writers currently working in the television industry. In 1995 he was selected by Newsweek magazine as one of their Fifty for the Future, described as innovators who will shape our lives as we move into the 21st century. His work spans every conceivable genre–from historical dramas and adaptations of famous works of literature (The Strange Case of Dr. Jekyll and Mr. Hyde) to mystery series (Murder, She Wrote), cop shows (Jake and the Fatman), anthology series (The Twilight Zone), and science fiction (Babylon 5). He writes ten hours a day, seven days a week, except for his birthday, New Year’s, and Christmas.

Peter David is the New York Times bestelling author of several popular Star Trek: The Next Generation novels including Q-Squared, Rock and a Hard Place,Vendetta, Imzadi, and Q-In-Law. In addition, he has written nearly two dozen novels and hundreds of comic books including such titles as The Incredible Hulk, Spider-Man, Star Trek, and Aquaman. He has written two episodes of the acclaimed TV series Babylon 5 and is the screenwriter of the award-winning SF film spoof Oblivion and the co-creator of the Nickelodeon science fiction series Space Cases. David lives in New York with his three children: Shana, Guinevere, and Ariel.

Babylon 5: No Surrender, No Retreat