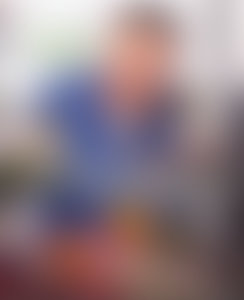 QVC’s “resident foodie” David Venable has been a program host since 1993 and has logged more than 12,000 hours in front of the camera. Viewers can watch him twice weekly on QVC’s In the Kitchen with David® and anytime on his YouTube series, Half Homemade. Venable has appeared on NBC’s Today, ABC’s The Chew, the Rachael Ray Show, and Hallmark Channel’s Home & Family. His recipes have been featured in People, HuffPost, Woman’s World, and Good Housekeeping, as well as in other popular publications. Raised in North Carolina, Venable graduated from the University of North Carolina at Chapel Hill.

Half Homemade, Fully Delicious: An "In the Kitchen with David" Cookbook from QVC’s Resident Foodie

Comfort Food Shortcuts: An "In the Kitchen with David" Cookbook from QVC’s Resident Foodie

Back Around the Table: An "In the Kitchen with David" Cookbook from QVC’s Resident Foodie

In the Kitchen with David