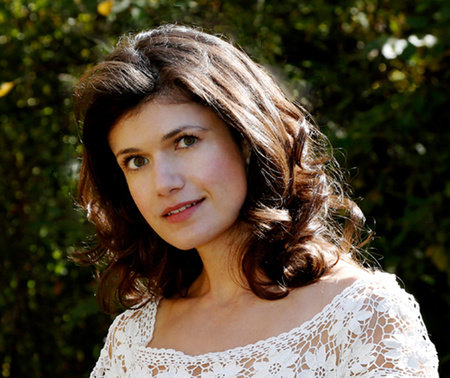 Natalie Brown grew up in Orange County, California. She earned her BA in literature from the University of California at San Diego and master’s degrees in English and Native American Studies from Montana State University. She lives in Montana. The Lovebird is her first novel.

PENGUIN RANDOM HOUSE: Margie is deeply connected to animals even before her involvement in Operation H.E.A.R.T., but her emotions are easily changed by those she loves. Do you think that her radical animal rights activism stemmed from her innate passions or was it mostly motivated by her desire to please Simon?

NATALIE BROWN: Before she meets Simon, Margie’s innate passions are undirected. She is sensitive to everyone and everything around her – people, animals, plants. She’s a very tuned-in person whose left ovary is, she says, a “radar for helpless things.” I think Simon readily perceives this quality and sincerely appreciates it without intending to exploit it, but Margie is a pleaser by nature. Yes, I do think her activism – particularly after she becomes the leader of Operation H.E.A.R.T. – is mostly motivated by her desire to impress Simon. Minus his influence, I don’t think Margie would act so boldly in response to the authentically tender feelings she has for animals.

PRH: Your novel is laced with many Latin phrases and names that seem to connect Margie with Simon, animals, and even sweet Jack Dolce. But the Latin phrases are foreign in Montana’s Crow Nation, which has its own language. Of all languages, why did you choose Latin? Why, even in the strong presence of the Crow culture, does Margie still cling to the Latin she learned?

NB: Latin is a dead language in that it hasn’t been anybody’s native tongue for over a thousand years. The Crow language should be dead – when you consider the massive effort toward forced assimilation that might have killed it and did kill hundreds of other Native American languages – but, thankfully, it isn’t. It is still alive, and because it has persisted in living it embodies vitality.

While I personally love Latin and think it’s beautiful, the Latin in the novel embodies a kind of futility and impermanence, which is echoed in the futility of Simon’s – and later Margie’s – animal rights activism, and also in the impermanence of their romance.

In Crow Country, Margie clings to the Latin she learned because it keeps her linked to a person to whom she feels deeply attached. When she reads her Latin textbook on the reservation, it’s akin to a kid sending flashlight signals to a friend across the street after bedtime: I’m here … Where are you? She also clings to it because, up to a certain point in the novel, she has one foot in the past and one in the present. She’s in what she calls an “in between” state and has yet to abandon the dead, impermanent elements of her past in favor of a present that promises vitality and the miraculous continuation of life in spite of loss and heartbreak.

Later, as a mature woman, Margie holds onto Latin as a kind of memento. Margie is very fond of relics; she will never let anything go entirely. The Latin is a linguistic relic of sorts that has become a playful and sweet way to acknowledge a certain, significant phase of her youth.

PRH: You could say that up until her escape from California, Margie lives in a male-dominated world: She’s raised by her father, falls in love with a father figure, and lives primarily with male companionship. In Montana, she finds herself in a very matriarchal culture. Do you think Margie would have always felt a little lost without that presence of a great “she” in her life?

NB: Yes, Margie would have always walked around with that sense of something missing had she not been able to integrate a real feminine presence in her life. She would have persisted in having what she describes as a “limitless longing,” which is symbolized by the ladybug that sometimes stirs behind her eyes. But I’m sure Margie would have found a way to integrate a strong feminine force into her life even if she had not ended up in a matriarchal culture in which some people view the earth – not just metaphorically, but literally – as a woman’s body.

Margie’s craving and appreciation for the feminine is evident from early on: She ritualistically visits her absent mother’s beauty products under the bathroom sink; she thinks a lot about über-feminine movie stars from the golden age of Hollywood, like Audrey and Marilyn; and within her own cultural/religious tradition of Catholicism, she views the Virgin Mary as an earth goddess whose beauty and power are evident in all aspects of the natural world. She is already inclined in this direction. Upon meeting Granma on the Crow reservation, she finds a friend who affirms her natural inclination and inspires her to deepen it. But if it hadn’t happened in that way, it would have happened in another one; the lack of a mother and her consequent yearning have left Margie wired for an eventual wholehearted embrace of the feminine.