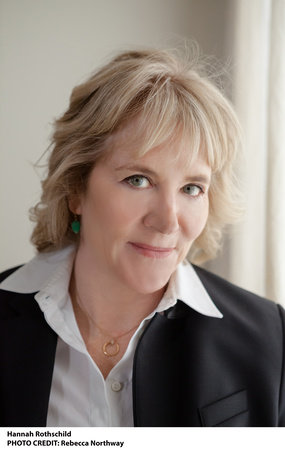 HANNAH ROTHSCHILD is the author of The Improbability of Love and The Baroness: The Search for Nica, the Rebellious Rothschild. She is also a film director whose documentaries have appeared at such festivals as Telluride and Tribeca. She has written for British Vanity Fair, Vogue, The Independent, and The Spectator, and is vice president of the Hay Literary Festival, a trustee of the Tate Gallery, and the first woman chair of the National Gallery in London. She lives in London.

The Improbability of Love