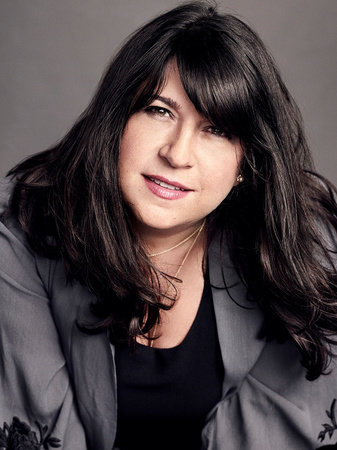 E L James is an incurable romantic and a self-confessed fangirl. After twenty-five years of working in television, she decided to pursue a childhood dream and write stories that readers could take to their hearts. The result was the controversial and sensuous romance Fifty Shades of Grey and its two sequels, Fifty Shades Darker and Fifty Shades Freed. In 2015, she published the #1 bestseller Grey, the story of Fifty Shades of Grey from the perspective of Christian Grey, and in 2017, the chart-topping Darker, the second part of the Fifty Shades story from Christian’s point of view. Her books have been published in fifty languages and have sold more than 150 million copies worldwide.

E L James has been recognized as one of Time magazine’s “Most Influential People in the World” and Publishers Weekly’s “Person of the Year.” Fifty Shades of Greystayed on The New York Times Best Seller List for 133 consecutive weeks. Fifty Shades Freed won the Goodreads Choice Award (2012), and Fifty Shades of Greywas selected as one of the 100 Great Reads, as voted by readers, in PBS’s The Great American Read (2018). Darker has been long-listed for the 2019 International DUBLIN Literary Award.

She coproduced for Universal Studios the Fifty Shades movies, which made more than a billion dollars at the box office. The third installment, Fifty Shades Freed,won the People’s Choice Award for Drama in 2018.

E L James is blessed with two wonderful sons and lives with her husband, the novelist and screenwriter Niall Leonard, and their West Highland terriers in the leafy suburbs of West London.

Ever since its explosive debut, E L James’s bestseller Fifty Shades of Grey has captivated millions of readers around the world. Still a pop cultural fascination, and a book read and shared by women everywhere, the novel is featured at the center of the new film “Book Club,” starring Diane Keaton, Jane Fonda, Candice Bergen, and Mary Steenburgen.

Penguin Random House caught up with author E L James for an exclusive behind-the-scenes interview about Fifty Shades of Grey and “Book Club.” Read on for our exclusive E L James interview.

PENGUIN RANDOM HOUSE:What was your reaction when you first heard about plans for the film “Book Club,” and eventually when you read the script?

E L JAMES: I was completely staggered. A director friend of mine sent me the link from one of the Hollywood trades and added, “I suggest you lean in ….” I took his advice and did exactly that. I was able to read two early drafts of the script and I loved them both. It was sassy, sweet without being saccharine, and really poignant in places. I was delighted too that the filmmakers accepted both the suggestions I made. And then, when the film was cast, I was in awe of the talent that they had lined up to play these wonderful characters. I couldn’t wait to see the finished movie.


Have you seen the film and what do you think?

EJ: I laughed out loud several times. There’s a moment when Jane Fonda — yes JANE FONDA — holds up my book. I nearly fell off my seat. It’s great to see such powerful female talent unleashed. I was delighted with the film — it was everything that the script had promised and more. The whole crew did a fantastic job.

PRH:Does watching the film take you back to the early days of Fifty Shades of Grey hitting the New York Times Bestseller list in 2012, as a mega hit novel — and trilogy — read by and shared among women of all ages?

EJ: It did! Those were heady days. My husband and I refer to 2012 as the Year of the Great Madness. I cannot tell you how many emails I received from women of all ages — some old, and some rather too young — who loved the books and couldn’t wait to talk about them with their friends and close female members of their families. I had emails from women who hadn’t read a book in years. So many of those women started book clubs and had great discussions and went on to share and enjoy other books. It has been a pleasure and an honor to know that I have been part of that process, and it was such a heartwarming experience to read their emails knowing that they had enjoyed the books so much.

PRH:Are there any surprises for Fifty Shades fans in “Book Club,” the film?

EJ: There are a few … keep your eyes peeled.