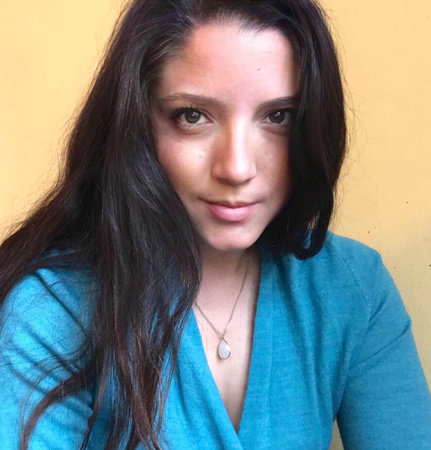 Koren Zailckas is the author of the internationally bestselling memoir Smashed: Story of a Drunken Girlhood and has contributed writing to The Guardian, US News & World Report, Glamour, Jane, and Seventeen. She currently lives with her family in the Catskill Mountains of New York. To learn more, visit korenzailckas.com.

PENGUIN RANDOM HOUSE: After publishing two memoirs, you’ve now moved onto a novel with Mother, Mother. How different is your approach to the two genres?

KOREN ZAILCKAS: I’ve realized memoir and fiction require different kinds of endurance. Writing memoir, I used to find it really easy to dissociate, to just plunge into the memories and let the past swallow me up. The challenge was always figuring out when to come up for air. Because that’s what you have to do in memoir: dive down, fumble around in the deep, cold, pressurized places of your occasionally horrendous past, then bring those memories to the surface and examine them in the light of the present moment. I can’t help thinking about memoir as a down-and-up process: Dive down for color; come up for context. Sink back down for action; climb back up for self-awareness and gratitude.

Writing Mother, Mother felt less like deep-sea diving and more like a road race. In one sense, writing fiction was a relief because I didn’t have to surface at every turn to immediately expose the Hursts’ deeper-seated issues, the way I feel obliged to in memoir. Instead, I could just set my sights on the horizon, and let the landscape of the story slowly unfold. That kind of pacing was challenging and different. With suspense novels, you’ve got to find a way to breathe evenly even as you build the story’s momentum. You can’t burn up all your narrative oomph all at once.

SIG: Mother, Mother and Josephine, the mother in the novel, have drawn comparisons to Mommie, Dearest. How do you feel about that association?

KZ: I think I expected that. There’s even a moment in Mother, Mother where one of the characters mentions Josephine going “a little Joan Crawford with the kids.” The irony, if you could call it that, is I haven’t read Mommie, Dearest or even seen the film.

But I think the bigger question is why, thirty-five years after Mommie Dearest, books don’t offer more modern portrayals of the dark side of mothering. The answer, I suspect, is because women like Joan and Josephine are terrifying to acknowledge and equally difficult to spot.

I think the average person still thinks Joan Crawford’s issue had to do with being a great star. We assume vanity and theatrics go hand in hand with acting. But Joan’s real issue, especially if you read Christine Ann Lawson’s Understanding the Borderline Mother, was a personality disorder. And that is way more pervasive. Women like Joan and Josephine aren’t uncommon, yet they’re still considered “difficult mothers.” The stark reality is: they’re sick mothers. Some might even call them incurable.

This is a golden age of women’s psychological fiction. Books like Gone Girl and The Silent Wife have really proven readers are ready to look closer at the darker side of female behavior. I see the rose-colored portrait of mothering as the next barrier to break through.

PRH: Chapters in the novel alternate between the points of view of Violet Hurst, who might be seen as the heroine, and her brother William, yet you use the third-person voice throughout. How did you arrive at this structure and why?

KZ: Well, I liked the dichotomy of splitting the story between Violet and Will because they have such different ideas about their mom. Will lives in awe of his beautiful, high-achieving mother. And Violet hates her mom the way only a teenage girl can. Any shrink on the planet will tell you, it’s totally possible (and very common) for siblings to be raised by the exact same people and still have entirely different parents.

I suppose the cheap answer for the third-person voice would be to say, I was really sick of writing “I” after two memoirs. But more poignantly, I felt like I needed a little emotional distance if I was going to tackle this subject.

I think Will and Violet, together, represent a day in the life of anyone with childhood trauma issues. The primitive part of your brain (the Will half) feels confused and like your survival is constantly at risk, while the rest of it (the Violet half) has a little more intellectual understanding about why the people around you behaved the way they did when you were a kid.

PRH: Where do you go from here?

KZ: I’ve been working on three more novels, all of them thrillers. I’ve gone from being one of those people who finished one book and had no idea what to write next to not knowing which story to prioritize. At the risk of sounding schizo, all these characters are banging on my door, asking me to write their stories. It’s still foreign and freaky, but infinitely fun.

It’s strange to say, but after a short lifetime of binge drinking and anger-aversion, writing about murder feels healthy.