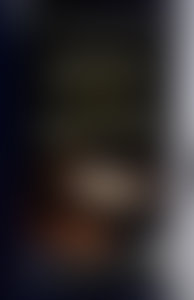 Michelle Wildgen is the executive editor of the literary quarterly Tin House. A graduate of the University of Wisconsin, Wildgen received her MFA from Sarah Lawrence College. Her fiction, personal essays, and food writing have appeared in The New York Times; O, The Oprah Magazine; Best New American Voices; Best Food Writing; Prairie Schooner; and elsewhere. Michelle is the author of the novels But Not for Long and You’re Not You, and the editor of an anthology, Food & Booze: A Tin House Literary Feast. You’re Not You has been optioned for film by Hilary Swank and Denise Di Novi.

PENGUIN RANDOM HOUSE: It’s clear that you have a passion for writing about food, including all that goes in to making a great meal behind kitchen doors. This novel seems to be a lovely marriage of your fiction writing and food writing. Was it a pleasurable fusion of flavors for you?

MICHELLE WILDGEN: It was so fun that I’m a little crushed I probably can’t do it again, unless I decide to write a series about restaurant owners, or another book about Leo, Britt, and Harry. It isn’t just that I like to write and read about food, but that the restaurant business itself is so varied and delightful and bizarre. Any industry that has its own specific lingo, its own people who thrive in it (because it’s demanding and draining in a particular way that not everyone can handle it), and that masks its work with the theatrical facade that says, “Oh, this all just happened so easily, and just for you,” is going to make for a wonderful subject for a fiction writer. You want to pull back the curtain and see how it’s done and who is doing it. And the fact that food is the medium, the table is the medium, is almost a lagniappe for me. Well, almost – I feel like I could still happily write books about bakers and cheesemakers, and distillers, and I can’t guarantee that I won’t.

PRH: Your novel’s prologue sets the scene for how Britt, Leo, and Harry are going to relate to each other for the rest of their lives: Britt and Leo’s easy camaraderie, Harry’s roguishness and adventurous palate. In terms of how the brothers end up in their lives and careers, how much of that was nature versus nurture? Do you think the boys would have turned out differently if their birth order had been rearranged or if there had been fewer years between Harry and the others?

MW: I think it is a mix of the two, but I also perceived these characters as having certain very strong fundamental traits: Leo’s reserve and seriousness, Britt’s pleasure in ordering and perfecting his physical world, and Harry’s tendency to wander and to rebel. And yet all of those traits become amplified by circumstance, by the way the brothers bounce off of one another, and yes, by birth order. The ages were deliberately polarizing, for instance, because I wanted there to be a real gap between some of them and a natural closeness between others. (It’s a little sadistic, how writers just create ways to torture our characters, but that’s what generates a story. Three brothers working happily in one restaurant together was definitely never the goal.)

Leo and Britt naturally fall together because they lived in each other’s worlds their entire lives, and Harry’s so much younger that he had no choice but to figure a lot out for himself. And I also think that to some extent he’s been freed by that, as maybe a lot of youngest children are – your parents have worked like dogs with the first two, maybe they feel a little more relaxed (read: tired), and the third one probably benefits from the parents’ stronger sense that eh, it’ll work out. Assuming, of course, that things went well with the first two. And then all three react to the family dynamics that created this situation, and the situations the dynamic creates.

If they’d come in different order or closer together, I suspect their essential personalities would look similar but their relationships with one another might be quite different.

PRH: It’s clear that relationships with women, or a lack thereof, play a huge role in how Britt, Leo, and Harry see their lives. Furthermore, it’s interesting how strong the female presence is in the culinary world of Winesap and Stray, yet the restaurants are run by men. Can you talk a little about gender roles in the kitchen (and out of it)?

MW: I love to cook, and I have ever since high school. My husband likes to, too, if not as much as I do. But in the past few years, we’ve had a child, he’s taken jobs with long hours, and if the family were to wait for him to cook each night we’d be eating at nine-thirty. And sometimes I do wonder if this traditional arrangement in which I shop and cook ninety-five percent of the time is just ruining my bona fides as a feminist. Which reminds me that there’s something so different in how we perceive cooking at home versus professional cooking, and women have always gotten the short end of the stick on that: the tradition says cooking is beneath men at home but above women’s station if you’re actually earning a living at it. Obviously, that’s changing, but just a month or two ago Time Magazine kinda sorta forgot that there were any female accomplished chefs when they put three men on their cover. And, of course, there are, more and more. One of the things I loved about L’Etoile, the restaurant where I worked for several years after college, was that it was run by women. The owner and executive chef was a woman, the maître d was a woman, the forager and kitchen manager was a woman, the head waiter was a woman, even the accountant was a woman, and the kitchen itself was staffed by as many women as men. I just figured this was how it was done. The restaurant’s gender make-up changed over the years and I have no sense of what it might be now, but you do get the feeling from media, at least, that the professional kitchen still tends to aim for a certain macho feeling no matter the gender of its staff: You never get sick, you work when you’re hurt, whatever it is you can take it. And what always annoys me about this supposed ideal is that a lot of the people I know who fit that description best are women.