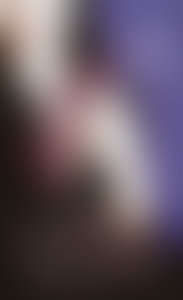 Someone asked me if KTEX TV, the television station where all three heroines in the SEXY Trilogy work, was real. The truth is KTEX TV doesn’t exist. However my fictional setting is based on a local television station in Texas where I once did an interview. I was fascinated by the inner workings of the station–you know, the really important things like face powders, blushes, lip glosses and brushes that appeared like magic out of set decorations every time the program went to a commercial break. The people walking through the cavernous set while the interview was taking place. The weather guy primping and practicing off set waiting to go on air. It was a wild ride of a balancing act for everyone there, to be sure, and when I walked out I knew I wanted to do something at a television station. But how to make it hot and fun, but most of all, how to make it sexy?

I started thinking about short skirts, strappy sandals, chocolate covered strawberries, and champagne. Sexy can so many things. And being the responsible writer that I am (don’t laugh) what could I do but start researching? I’m talking about serious research–the sort that involves credit cards and plenty of champagne. But it was during my shopping spree at Bergdorf Goodman, then lunch afterward at Balthazar, when it occurred to me that what sexy really is about is confidence. Not arrogance or conceit. But confidence. To make the SEXY Trilogy sizzle, I needed to have three very confident, strong men who had the ability to make women weak at the knees. They had to be strong, powerful, and most of all, confident enough in themselves to be kind. THAT was sexy. From there Jesse Chapman, Sterling Prescott, and his brother Ben Prescott were born. Three hot and sexy guys who would turn my heroines’ television world upside down.

SUDDENLY SEXY, SINFULLY SEXY, and SIMPLY SEXY are their stories, and I hope you’ll pop a bottle of champagne, pull out the chocolate covered strawberries, and join me for the ride!