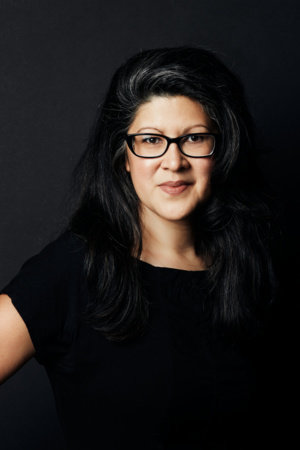 Hailed by the Globe and Mail as “a masterwork of revelation and catharsis,” Nancy Lee’s first book, Dead Girls was the winner of the VanCity Book Prize, as well as a finalist for the Ethel Wilson Fiction Prize, the Pearson Readers’ Choice Award, and the Wordsworthy Award. The Globe and Mail, Toronto Star, and Vancouver Sun chose Dead Girls as one of the best books of the year, and Now Magazine named it Book of the Year. The Vancouver Sun described The Age, Lee’s second book, a novel about adolescence, sexual identity, and nuclear war, as “utterly transfixing.” Lee’s work has been published in the U.K., France, Germany, Spain, Italy, and the Netherlands. She has served as Visiting Canadian Fellow for the University of East Anglia, and as Writer-in-Residence for Historic Joy Kogawa House, the City of Richmond and Ville de Vincennes, France. Lee holds the position of Assistant Professor in Creative Writing at the University of British Columbia and is co-creator of the popular EdX online education series, “How to Write a Novel.”

What Hurts Going Down

I suppose you could say that Dead Girls began as a series of obsessions. First of all, I was enthralled with the idea of writing stories that dared to disarm the reader, fiction that gripped and didn’t let go. I was abandoning the concept of the traditional short story and testing the waters to find my own narrative edge.

I was also fascinated with the continuing mystery of sex-trade workers disappearing from Vancouver’s downtown east side and the city’s casual attitude towards these disappearances. As police offered a huge reward for information regarding a mugger who targeted wealthy families as they pulled into their garages, marginalized women continued to vanish. I asked myself, who would care about missing drug-addicted prostitutes? To find the answer, I wrote the title story of the collection, “Dead Girls”.

The next story I wrote, “Associated Press,” seemed completely unrelated, until the protagonist showed up for jury duty and I realized that I had linked the background narratives of the two stories in my mind. Suddenly, I saw the book as a whole, stories that addressed the thematic elements of violence, control, sexuality, threaded to one another through the events following a serial killer’s arrest.

Did I mention I was also obsessed with human darkness?

I knew from the beginning that this book would be dark, but within those shadows, I wanted the stories to crackle, to lure and snag the reader and hold them by the throat until the very last word. I wanted characters to face disturbing situations, difficult choices, and to sometimes take reckless and severe action, but at the same time, remain human. For me this book is about the desperate ways in which people try to negotiate life – the wagers and trades they make, the rationalizations and sacrifices, the painful, yet beautifully magnetic nature of relationships.

My greatest hope is that as readers move through these stories, they will feel compelled, drawn, challenged to look at something strange and unsettling and see inside it something they recognize.