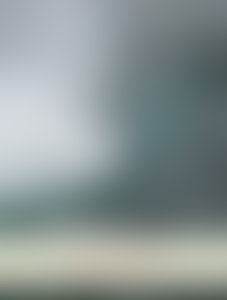 Annie Leibovitz was born on October 2, 1949, in Waterbury, Connecticut. Her father was an officer in the air force and her childhood was spent on a succession of military bases. She began her career as a photojournalist for Rolling Stone in 1970, while she was still a student at the San Francisco Art Institute. Her pictures have appeared regularly on magazine covers ever since, and her large and distinguished body of work encompasses some of the most well-known portraits of our time.

Leibovitz’s first major assignment was for a cover story on John Lennon. She became Rolling Stone’s chief photographer in 1973, and by the time she left the magazine, ten years later, she had shot 142 covers and published photo-essays on scores of stories, including her memorable accounts of the resignation of Richard Nixon and of the 1975 Rolling Stones tour. In 1983, when she joined the staff of the revived Vanity Fair, she was established as the foremost rock music photographer and an astute documentarian of the social landscape. At Vanity Fair, and later at Vogue, she developed a large body of work–portraits of actors, directors, writers, musicians, athletes, and political and business figures, as well as fashion photographs–that expanded her collective portrait of contemporary life. In addition to her editorial work, she has created several influential advertising campaigns, including her award-winning portraits for American Express and the Gap. She has also collaborated with many arts organizations. Leibovitz has a special interest in dance, and in 1990 she documented the creation of the White Oak Dance Project with Mikhail Baryshnikov and Mark Morris.

Several collections of Leibovitz’s work have been published. They include Annie Leibovitz: Photographs (1983); Annie Leibovitz: Photographs 1970—1990 (1991); Olympic Portraits (1996); Women (1999), in collaboration with Susan Sontag; American Music (2003); and Annie Leibovitz at Work (2008), a first-person commentary on her career, from her coverage of the resignation of Nixon to the commissioned portraits of Queen Elizabeth II. Exhibitions of her work have appeared at museums and galleries all over the world, including the National Portrait Gallery and the Corcoran Gallery in Washington, D.C.; the International Center of Photography in New York; the Stedelijk Museum in Amsterdam; the Maison Européenne de la Photographie in Paris; and the National Portrait Gallery in London. The exhibition A Photographer’s Life, 1990—2005 opened at the Brooklyn Museum and toured internationally.

Leibovitz is the recipient of many honors. In 2006 she was decorated a Commandeur in the Ordre des Arts et des Lettres by the French government. The previous year, in a compilation of the forty top magazine covers of the past forty years by the American Society of Magazine Editors, she held the top two spots (#1 for the photograph of John Lennon and Yoko Ono taken for Rolling Stone the day Lennon was shot, and #2 for the pregnant Demi Moore in Vanity Fair). Leibovitz has been designated a Living Legend by the Library of Congress. She lives in New York with her three children, Sarah, Susan, and Samuelle.