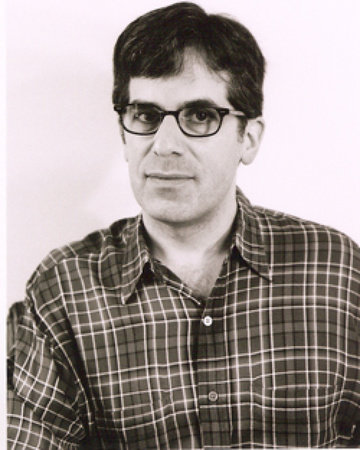 Jonathan Lethem is the New York Times bestselling author of nine novels, including Dissident Gardens, Chronic City, The Fortress of Solitude, and Motherless Brooklyn, and of the essay collection The Ecstasy of Influence, which was a National Book Critics Circle Award finalist. A recipient of a MacArthur Fellowship and winner of the National Book Critics Circle Award for Fiction, Lethem has been published in The New Yorker, Harper’s Magazine, Rolling Stone, Esquire, and the New York Times, among other publications.

Mind of an Outlaw

The Vintage Book of Amnesia

For years, when people wanted to describe a certain type of writer — hyper-literate, hip, culture-obsessed — they could refer to the Brooklyn Jonathans, meaning Jonathan Safran Foer, Jonathan Ames, and, most of all, Jonathan Lethem.

Five years ago, however, Lethem left the borough with which he is so intimately and strongly associated, and moved to Claremont, California, which he describes as “so far east towards the desert it’s the Midwest of Los Angeles.” If this news surprises you, you’re not alone — “I’ve moved through being annoyed to being entertained by the number of people who expect me to be on the pavement of Brooklyn,” he says.

Though the writer first gained wide renown with his literary detective novel Motherless Brooklyn, and set his subsequent novels — The Fortress of Solitude, Chronic City, and Dissident Gardens in Brooklyn, Manhattan, and Queens, he says the change of locale doesn’t actually affect his work that much: “It’s not like I’m a baseball team.”

He acknowledges, however, that he probably wouldn’t have been able to write the story “Pending Vegan” without personal knowledge of Sea World, the ocean animal theme park in San Diego which the story’s protagonist compares to a digestive system. The story finishes Lethem’s latest collection, Lucky Alan, a set of nine stories that range from traditional realism to wild experimentalism.

He spoke to Penguin Random House about the difference between the west and east coasts, stories and novels, and what’s up next.

PENGUIN RANDOM HOUSE: So how are you liking Southern California?

JONATHAN LETHEM: This isn’t my first time living in California. I lived in Berkeley for a decade (after dropping out of Bennington.) The thing about California, it’s a place I was thinking about and wanting to write about before I even got here. Growing up on the East Coast, I was obsessed with Raymond Chandler, Ross McDonald, Philip K. Dick, and Hollywood. When I first left college and went to Berkeley, a lot of it had to do with reading Kerouac, with that freedom to self-invent as a writer, to reconfigure yourself away from East Coast hierarchies of value. I think of a story like “Pending Vegan” as part of a continuity of writing about California as a failed utopia. My first novel (Gun, with Occasional Music) was set in Oakland — when I look at that stuff now, it’s me thinking about California before I had barely gotten to know it in person. “Pending Vegan” participates in that same inquiry.

PRH:How long did it take you write the stories? How did you decide on the order?

JL: One thing I like about collections is that they become these photo albums of a decade of my life and thinking. “Lucky Alan” (the first, and title story) was the last thing I wrote before (the novel) Chronic City. The story was a dry run for Chronic City. I was figuring out how to write about Manhattan, how to write about male friendship between a crazy and not crazy character from the point-of-view of the not crazy one. So that’s the earliest story in that book and it introduces a phase in my writing. A couple were written still under the spell of Chronic City — “The King of Sentences,” “The Porn Critic” are both New York-based, and obsessed with the distorting field of fame, what it is to be a fan. I finished “Pending Vegan,” the last story, just in time for the book.

I looked at them in chronological order, and they made so much sense to me that I was like, there, that’s done. There was a working title, which my publisher brushed aside, which is often the case. I was going to call it A Different Kind of Tension, which is the title of a Buzzcocks album. I liked that because the stories felt like such a group. But also there’s this really strong sense that the way reality is configured is totally different each time out. Some, like “Our Back Pages,” are postmodern and cartoonish and rubbery, and then “Traveller Gone” is almost like a language piece, like a prose poem, and maybe my favorite in the collection is “Procedure in Plain Air,” which takes a Kafka approach. Chronologically it seemed to alternate the more unreal ones with the less unreal ones.

PRH:So you were writing these stories while working on novels?

JL: Yes, sometimes I stop and take a break from a novel, other times they’re from the time between the books. The most substantial stories I write tend to come between novels. Like right now, I just finished a novel which is coming out in the fall. I turned in this book, and I’m thinking about all sorts of things I want to do next, but I might write a story.

There are inklings about character that come hand in hand with inklings about proportion. It would be very hard to mistake a short story for a beginning of novels.

When I start a novel it’s because I’ve been thinking about that material for really four to five years before the novel gets started. Novels come to life for me when several different seemingly incompatible things move into some weird system of relation to one another. When I wanted to write about a character with Tourette’s it kind of sat there. Then I circled back to thinking about hard-boiled detective stories, and it still sat there. Then I moved back to Brooklyn, and then it was a detective with Tourette’s who grew up in my neighborhood, and it became Motherless Brooklyn.

Stories are much more unified and coherent. One gesture, one metaphor, one set piece. The two bookstore workers invading the space of their hero, in “The King of Sentences.” It’s one thought. It’s very unified.

PRH:What was the hardest story to write?

JL: Drafts of stories come pretty readily to me. The only exception was the last one (“Lucky Alan”), where I had to write part of it and then stop and think about it almost as if it was a novel. I wrote a chunk and then I was stymied. I did not know what it needed to be, how much it would be bounded by the visit to Sea World. I thought maybe it could be a sixty-page novella. I had to wait and see and abide with it for a while. And then I saw it was more like a hundred-yard dash inside the same four hours with the family inside Sea World. The New Yorker wanted a lot of changes when they saw “The Porn Critic.” It had some elaborate metaphorical stuff where the sensibility of the main character was thinking about himself in this elaborate way that was putting too much literary language between himself and the reader and they helped me focus on the power of the particular anecdote I was telling. I got a disconcertingly strong revision from Lorin Stein at The Paris Review on “The Empty Room.” He did a Gordon Lish on that story. He crossed out about a third. I had to swallow hard and read it a few times, then I sent it back to him saying ‘accept all changes.’ The other six appear very much the way I wrote them.

PRH:Do you normally have such a trusting relationship with your editors?

JL: I have remarkable publishing luck. My editor Bill Thomas completely supports what I want to do, which is a gift because I do very different things. Someone could be a great editor for one of my books but not like or get another one, but he gets me in all my eccentric inconsistencies. He also can see when I’m off the rails. He’s a great fixer. That has made me think it’s probably a really good thing to be in this situation where someone has supportively strong opinions about what you’re doing. The New Yorker’s amazing. You get edited twelve times there, it’s hypnotic and fun. I’ve been treated gently but firmly. Lorin is a friend, he’s someone I have history with, so when he said, ‘you have a good story here if you’ll let me take a machete to it,’ I said ‘let’s try that.’