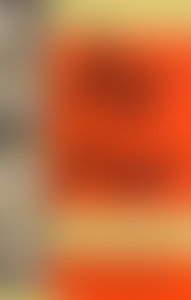 Oscar Lewis was born in New York City in 1914, and grew up on a small farm in upstate New York. He received his PhD in anthropology from Columbia University in 1940, and taught at Brooklyn College and Washington University before helping to found the anthropology department at the University of Illinois, where he was a professor from 1948 until his death. From his first visit to Mexico in 1943, Mexican peasants and city dwellers were among his major interests. In addition to The Children of Sanchez, his other studies of Mexican life include Life in a Mexican Village, Five Families, Pedro Martinez, and A Death in the Sanchez Family. He is also the author of La Vida: A Puerto Rican Family in the Culture of Poverty—San Juan and New York, which won the National Book Award, and Living the Revolution: An Oral History of Contemporary Cuba, with his wife, Ruth Maslow Lewis, and Susan M. Rigdon. Lewis also published widely in both academic journals and popular periodicals such as Harper’s Magazine. Some of his best-known articles were collected in Anthropological Essays (1970). The recipient of many distinguished grants and fellowships, including two Guggenheims, Lewis was a Fellow of the American Academy of Arts and Sciences. He died in 1970.

Sea Routes to the Gold Fields

The Children of Sanchez