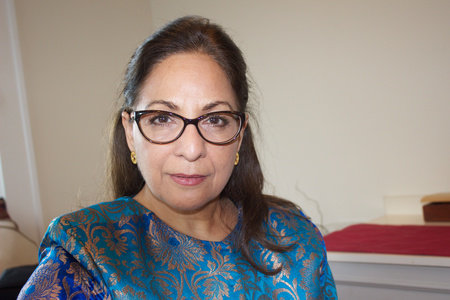 Daisy Khan is the founder and executive director of the Women’s Islamic Initiative in Spirituality and Equality (WISE), a global organization that works on behalf of women’s rights in Islam and initiated the creation of the first global women’s shura (advisory) council, which advances women’s rights through scriptural interpretation. After finding herself at the center of a national debate surrounding the Ground Zero controversy, Khan emerged as a leader in the public eye. She served as executive director of the American Society for Muslim Advancement, where she spent eighteen years creating groundbreaking intra- and interfaith programs based on cultural and religious harmony and interfaith collaboration. She has won numerous awards for her work as an advocate for Muslim women’s rights around the world and is a frequent media commentator. She lives with her husband in the New York City tri-state area.