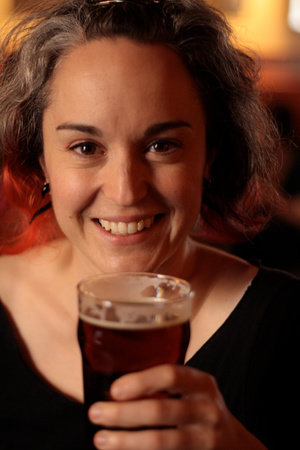 Mirella Amato has dedicated herself to promoting local beer and beer appreciation since 2007. She is the first non-US resident to earn the title of Master Cicerone. Mirella is a National Level BJCP judge and has sat on juries for the Canadian Brewing Awards, the Great American Beer Festival, the European Beer Star and the World Beer Cup. She was the recipient of the 2012 OCB Centre of Excellence Industry Choice Award in Food & Beer Matching Development.

Mirella regularly conducts fun and informative guided tastings and food pairing workshops internationally. She also provides staff training and consulting to pubs, restaurants and breweries. She can frequently be heard on CBC Radio and her writing has appeared in a number of beer magazines. Mirella lives in Toronto. This is her first book.