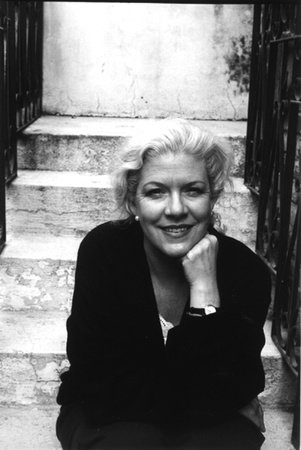 Jennifer Clement is the author of multiple books, including Widow Basquiat and Gun Love. She was awarded the NEA Fellowship for Literature and the Sara Curry Humanitarian Award for Prayers for the Stolen. The president of PEN International, she currently lives in Mexico City.

Prayers for the Stolen

Ladydi / Prayers for the Stolen

Meet Ladydi Garcia Martínez. A girl born in the mountains of Guerrero, Mexico, she is set up to struggle to survive for the early part of her life. You see, young women in this part of the country are left to fend for themselves and to shirk the efforts and intentions of the drug lords who come through the village in search of pretty girls. Scorpions and snakes abound; formal education is not a constant; young girls disguise themselves as boys. This is life in Jennifer Clement’s new novel, Prayers for the Stolen.

Ladydi is a young girl, though, and as is instinct among children, she and her friends talk and gossip and laugh together – and support and save one another when necessary. And if lucky, they grow up. From a childhood in the mountains to a job in Acapulco to a stint in jail, Ladydi is a character with whom you’ll likely fall in love as she takes this journey. We were able to ask Jennifer Clement about her character and the story; here’s what she shared.

PENGUIN RANDOM HOUSE:Ladydi’s way of thinking is so simple yet so magical; she’s truly a unique new character. How did you find her voice? Was there someone on whom her outlook was based?

JENNIFER CLEMENT: No, she was not based on any person in particular. She came to me. I felt as if I’d tapped into a voice that was not baffled by injustice and cruelty. This moment was crucial to finding those feelings of hers that have no sentimentality and contain a pure acceptance that no one cares. This moment in the writing of the book was decisive for me – the moment I understood her light:

I looked into Luna’s black eyes. She was a small, dark brown Mayan Indian from Guatemala with straight black hair. I was a medium-sized, dark brown mix of Spanish and Aztec blood from Guerrero, Mexico, with frizzy, curly hair, which proved I also had some African slave blood. We were just two pages from the continent’s history books. You could tear us out and roll us into a ball and throw us in the trash.

PRH: From the culture of the mountain Mexicans to the ways of the drug lords to life in prison, what kind of research did you undertake to create these scenes?

JC: I interviewed – although I prefer to call it listening (because it’s coming from a different place, a more compassionate place, closer to friendship) – women in all kinds of situations. Also, the novel addresses the place of technology in the primitive world. I visited these rural communities to make sure I wasn’t wrong in my storytelling. The people of Guerrero were living in houses with dirt floors, but they had large, flat-screen TVs. I witnessed how bizarre knowledge can be. In the novel this is referred to as “television knowledge.” All of us are full of this weird knowledge, which is not the knowledge of books, schooling, or experience. I’ve never been to the pyramids in Egypt, but I’ve seen the documentary. And the truth is, one often sees things better on TV; images are closer, you don’t have to stand in a queue. There’s something very powerful about “television knowledge.” Ladydi says, “You don’t even have to live anything, you can see rape and death and your whole life on television.”

I was also raised in Mexico and have been going to the state of Guerrero since I was three years old. I know the area and the people very well.

PRH: The settings throughout this novel are so rich in spite of their bleakness and stand as their own characters. Where do you see your fiction heading in the future? Will you keep to Mexico or wander beyond?

JC: I will always write about Mexico and write about the difficult relationship between the United States and Mexico. However, above all, I am interested in literary intention. I know I will write a book set in NYC again as with my memoir, Widow Basquiat.