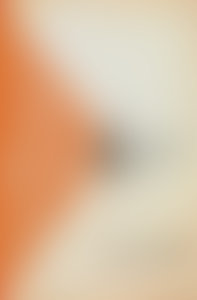 Dr. Justin Gifford is an Associate Professor of English Literature at the University of Nevada, Reno. His teaching and research focus on American and African American literature. His book, the first literary and cultural history of black street fiction, Pimping Fictions: African American Crime Literature and the Untold Story of Black Pulp Publishing, was a finalist for both the Edgar Allan Poe award for literary criticism and Phi Beta Kappa’s Christian Gauss Award for scholarship.

The canon of 20th-century African-American writers includes names like Richard Wright, James Baldwin, and Zora Neale Hurston. A possible late addition to the list is a writer whose biographer describes as a man who “pimped across the Midwest for twenty-five years, served four prison sentences in reformatories and federal penitentiaries, and survived to tell his tale in a collection of epic novels.”

Robert Beck — who went by the name Iceberg Slim — was an influential figure in the black nationalism movement of the 1960s and ‘70s. He was best-selling author of paperbacks sold in places like liquor stores and barber shops, pulp novels that depicted life on the streets — pimps and hoes, bookmakers and street thugs.

Justin Gifford, an English professor at the University of Nevada at Reno who specializes in street literature, has spent the last decade chasing down records, buying old magazines at thrift stores, and even buying some of Iceberg Slim’s clothes on Ebay to piece together Street Poison: The Biography of Iceberg Slim, a romp through the culture of the street and one of the year’s more fascinating biographies.

We caught up with Gifford for a rather interesting conversation.

PENGUIN RANDOM HOUSE: Iceberg Slim was an actual pimp. Does that mean more or less what I think it does?

Justin Gifford: Exactly. He grew up on the streets of Milwaukee and got into the life as a teenager, committing various crimes from larceny to theft to sexual misconduct. After he spent a semester at the Tuskegee Institute and got kicked out, he returned to Milwaukee. He started pimping in 1936 and continued to be a pimp until 1961.

PRH: You mention in the book that you had an interest in hip-hop culture growing up.

JG: I had a working class background. My dad was a Vietnam vet who worked as an exterminator, and I worked with him from the time I was five years old until I left home at seventeen to go to college. My relationship to grunge and gangster rap was a release for me, which was a different story than co-opting black culture. It was more an experience of using that kind of art to make sense of my world.

PRH: Where did the name Iceberg Slim come from?

JG: Interestingly enough, he and his common-law wife Betty made that name up for his books. He tells the story in his autobiography that he earned that name when a guy shot his hat off with a bullet, and Slim was so frosted on cocaine that he just put the hat back on and was totally oblivious to what was going on. That’s not actually true. The true story is that he and his wife, when they finally turned the manuscript to Holloway Books, needed a name.

PRH: How did Slim go from street culture to writing books?

JG: He didn’t write when he was pimping, but he was a big reader. When he was at Leavenworth Federal Penitentiary in Kansas, he started reading Freud and Jung and Oscar Wilde. When he got out of prison in 1962 and decided to go straight, he spent about five years working as an exterminator and would tell Betty stories at the end of the day. She said, “We could get these stories published as a book.” He wrote out the stories, and she typed them, and the rest is history.

PRH: That’s what became Pimp: The Story of My Life?

JG: That’s correct. That was really the book that was the cornerstone of his work and crime fiction in general. He wrote out stories in longhand remembering characters and conversations from his old life. He had a photographic memory. He would perform the stories with his wife as a form of theater for their kids.

PRH: That was published in 1967, and you note its influence on a lot of modern-day entertainers like Dave Chappelle and Chris Rock and Jay-Z. Was it an influential book from the beginning?

JG: It became a best-seller right away. Holloway House, the publisher, didn’t sell it through traditional methods. It wasn’t sold in bookstores. It was sold in liquor stores and barber shops, and it was circulated in prisons and on military bases. The book remained relatively underground compared to things like hip-hop or blacksploitation films, but it had a massive impact in black communities.

PRH: But it never had the awareness in the white community that hip-hop and black films did?

JG: The book didn’t get reviewed. When Holloway tried to run ads for it in the New York Times, the Times refused it because of the title of the book (Pimp). It just never quite made it to those places where white readers would get their hands on it.

PRH: Do authors and writers who get established in the literary canon usually find a wide audience from the beginning? Would it be usual for a book like Pimp to find favor today?

JG: I think it would be unusual. Pimp was published on a third-tier press as a paperback original. Those books aren’t usually considered part of the literary conversation. The explicit representations of violence against women, the graphic sex, and the language would keep it out of most readers’ hands. It wouldn’t be unusual for a book like this to be forgotten by history.

One of the things I’m trying to do with this book is to say that the many books that belong in the African-American canon have been repressed and that what we need to do is to bring those books into the conversation. Slim’s books are as popular or more popular with people as books by Toni Morrison or James Baldwin or Ralph Ellison.

PRH: In the 1960s and ’70s, would Slim have been aware of work by contemporaries like Richard Wright and Ralph Ellison?

JG: Slim was a big Baldwin fan. He modeled his essay collection The Naked Soul of Iceberg Slim after both James Baldwin’s The Fire Next Time and W.E.B. DuBois’s The Souls of Black Folk — two of the most important essay collections in African-American literature in the 20th century — so Slim was very much aware of black literary figures.

He saw himself as both on the margins and part of the conversations. He would often say that he wrote for an eighth-grade education because he was trying to reach as many people as possible and saw people like Baldwin as going over their heads. He wanted to write at a level that more people could appreciate.

PRH: One of the things you study as an academic is underground novels. Would fan fiction and self-published genre fiction be the modern-day equivalent?

JG: This is all moving away from paperback originals through a Harlequin-style press to more of a self-published sort of imprint, which is totally consistent with the digital world. If you look at street fiction now, at the stuff influenced by Slim, what you see is a lot of entrepreneurial writers and producers pushing their own companies, self-publishing their own novels, and lifting their own group of authors to write books so that you have these black-owned imprints that are following in the tradition of Iceberg Slim and distributing it in an entirely different way with social media, online, selling them in black bookstores. This is the way the business is done now.

PRH: Is Slim mostly a curiosity with a colorful story, or do you place some bigger significance on him today?

JG: When I’m traveling or just talking to someone and tell them that I’m working on Iceberg Slim, I find many people who passionately defend him and are excited about the fact that there’s an academic working on him. I see Slim continuing to have popular appeal among black audiences and a wide range of audiences.

I see the reason for his persistence as an influential figure is that the very conditions that gave rise to him — racism, few economic opportunities, police brutality — these are issues that still face us today. Slim’s appeal can be explained in some ways by the fact that he operated as a symbol of defiance. Despite all of his misogyny and being a marginal character in the American scene, he does still hold appeal because those conditions still persist.