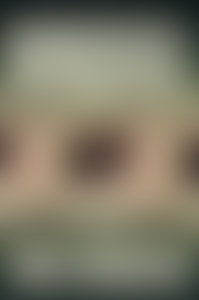 James Magnuson was born in 1941 and grew up in a series of small towns in Wisconsin and North Dakota. After graduating from the University of Wisconsin, he made a living as a playwright in New York City, directing street theater in Harlem and producing his own plays in some of the most obscure theaters in the city. In 1970, Magnuson was awarded a Hodder Fellowship and for the next four years, he wrote and directed eight new plays at Princeton University. At age thirty two, Magnuson published his debut novel, Without Barbarians. After publishing four more novels (The Rundown, Orphan Train, Open Season, and Money Mountain), receiving an NEA grant for fiction, and even having a few of his books optioned to the movies, Magnuson found himself with his back against the wall – broke, with a wife and two small children to support.

In 1985 the family settled in Austin where he took a job teaching in the English department at the University of Texas; his novel Ghost Dancing was published in 1989. “Those first difficult years in Austin served as the basis for Windfall – the sense of having failed to support one’s family adequately, of being middle-aged, of there being no way out.” Magnuson adds, “My fortunes, like those of the main character in Windfall, changed dramatically when, in 1991, I went to Los Angeles to write for television. I wrote for shows like ‘Knot’s Landing,’ ‘Class of ’96,’ and ‘Sweet Justice.’ It wasn’t quite like finding seven coolers filled with fifty dollar bills under a feed store, but it was close.”

Tiring of the California lifestyle, the Magnusons returned to Texas. James Michener had just given the University eighteen million dollars to begin a graduate writing program and two years later Jim became the director of The Texas Center for Writers. Currently, he spends his days at the University, writing and teaching. “My job is a terrific one,” Magnuson says. “I spend my days supporting and encouraging talented young writers.