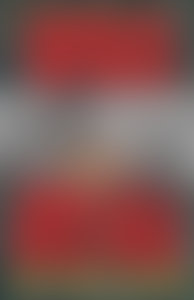 Alan Maki grew up in Belleville, Michigan, and was inducted in 2001 into Belleville High School’s Distinguished Graduate Hall of Fame. He was awarded the Jefferson Award, sponsored by Jacqueline Kennedy Onassis, for outstanding community service in Montana in 1988. Besides serving as the pastor of three Baptist churches, he broke a Guinness World Record for “balancing on one foot” for more than eight hours to raise funds for disabled children and children with cancer. He has written two Christian novels and three nonfiction books about Navy SEALs. Alan’s first movie, Sidewalk Singer, which he wrote, produced, and starred in, was released on DVD in January 2014 by Vision Video. His second movie, which he wrote, produced, and starred in, was titled Mr. What and was distributed on DVD in January 2015 by Bridgestone Multimedia Group. Both movies received five Doves from the Dove Foundation.

Death in the Jungle