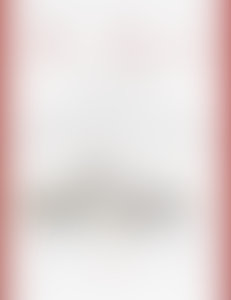 Born a perfect lady in an imperfect society, Miss Manners considers it her duty and privilege to lead the way to a more civilized and possibly even pleasant society.

In her Miss Manners column, distributed by newspapers nationwide by United Features Syndicate since 1978, Judith Martin answers questions on etiquette three times a week. As readers accept her view of life as a comedy of manners, they have increasingly sent her not only their table and party questions, but those involving the more complicated aspects of life romance, work, family relationships, and child-rearing.

In contrast to Miss Manners, but with her indulgence, Mrs. Martin is also a novelist, journalist, lecturer and frequent guest on national television and radio shows. She recently presided over her own PBS television special, “Miss Manners and Company.”

She has been called, by George F. Will, “the National Bureau of Standards.” Mrs. Martin gives advice, in the words of People magazine, “as if she had access to the stone tablets that Moses mislaid.” Miss Manners explains the etiquette element that can be found in just about every aspect of life.

Born in Washington, D.C. and reared there and in foreign capitals, Mrs. Martin spent 25 years at the Washington Post, where she covered social life at the White House, embassies, and the zoo, before becoming a film and drama critic. A graduate of Wellesley College, Mrs. Martin has been awarded several honorary degrees.

Mrs. Martin is a member of the Editorial Board of The American Scholar, the Board of Directors of the Washington Concert Opera, the National Advisory Council of the Institute of Governmental Studies of the University of California at Berkeley and the Board of Management at the Cosmos Club.

Judith Martin and her husband, a scientist and playwright, live in Washington, D.C. They have two perfect children.