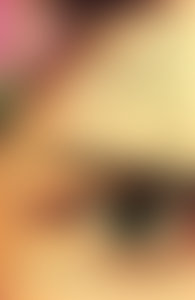 ************************************
Ángeles Mastretta was born in Puebla, Mexico, in October 1949.  She began her writing career as a journalist for such publications as Siete, a magazine published by the Ministry of Public Education, and the afternoon paper Ovaciones.  In 1974 she was awarded a scholarship at the Mexican Writers’ Center, where she honed her skills among the writers Juan Rulfo, Salvador Elizondo, and Francisco Monterde.  In 1975, La pájara pinta (Colorful Bird), a collection of Mastretta’s poetry, was published.  However, the novel that she had been brainstorming for years did not reach fruition until an editor offered to pay her salary for six months so that she could quit her job and focus on writing.  Six months turned into a year and in 1985 Arráncame la vida (Tear This Heart Out, Riverhead Books, 1997) was published, winning the Mazatlán Prize for Literature for the best book of the year.  A stunning success both in Mexico and abroad, the novel quickly cleared a place for Mastretta in the canon of Mexican writers.

The success of Tear This Heart Out gave Mastretta the freedom to focus full time on writing fiction, yet the inspiration for WOMEN WITH BIG EYES is autobiographical, conceived when her infant daughter was gravely ill.  Hoping to convince the child that she was a necessary link in an unbroken chain of extraordinary women, Mastretta sat by her bedside telling stories, harvesting her family tree and her imagination to create a cast of magical, witty and colorful women, caught in pivotal moments of their life.  Realizing the power of these stories, she subsequently wrote them down so that they would not be lost, and WOMEN WITH BIG EYES was born.

A warm, charming, and fiercely intelligent presence, Mastretta is famous for artfully crafting fiction that comments on the social and political realities of her country, and for giving birth to some of the most memorable and magical female characters ever caught between the covers of a book.  Also the author of Mal de Amores (Lovesick, Riverhead Books, 1997), she says that she does not know when she first decided to be a writer, but credits it to her beloved father, a journalist who died when she was very young.  A devoted mother of two, she claims to dedicate herself to literature in the foolish belief that what happens in Mexico is her business.  She wants her literature to be both accessible and exotic: “I want to give my readers a plane ticket to another world.”