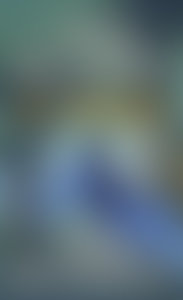 Anne McCaffrey, one of the world’s most popular authors, is best known for her Dragonriders of Pern® series. She was the first woman to win the two top prizes for science fiction writing, the Hugo and Nebula awards. She was also given the American Library Association’s Margaret A. Edwards Award for Lifetime Literary Achievement in Young Adult Fiction, was inducted into the Science Fiction Hall of Fame, and was named a Science Fiction Writers of America Nebula Grand Master. Born in Cambridge, Massachusetts, in 1926, McCaffrey relocated to Ireland in the 1970s, where she lived in a house of her own design, named Dragonhold-Underhill. She died in 2011.

Pern: The Dragonriders of Pern

A Tale of Barque Cats

A Tower and Hive Novel

Anne McCaffrey on THE PHYSICS OF PERN

The Physics of Pern — ah, yes, well, they have been developed by Dr. Jack Cohen of Warwick University in DRAGONSDAWN and ALL THE WEYRS OF PERN and they are basically Newtonian physics and/or biology in which Jack holds both a Ph.D and a D.Sc. He is also a generalist and was able to correct some of my basic errors which were legion. I satisfied the science requirement at Radcliffe by taking cartography. (Although I did not know at that point in my life, that this would be a valuable asset in my life’s work, nonetheless being able to develop a map of new worlds has been extremely valuable. Even expert Karen Wynn Fonstad, whom I helped with details in the Atlas of Pern, remarked that most of my suppositions about Pernese terrain jibed well with what was geologically possible. A case of the subconscious running with an idea in the best possible directions.

To Jack Cohen, I owe the biology of Pern, especially of the dragons and the fire-lizards who supplied the genetic material used to create — by a special and now-unknown process of the alien race, the Eridani, the dragons of Pern. (You can’t just breed large examples of a species to other large examples and keep increasing the size in a few generations.) He also figured out how to decimate the malignant and possibly dangerous life-forms that inhabited the Oort Cloud with the zebedees (his name and creation, a creature that replicates itself despite its environment).

I had, you see, backed myself into a corner in THE WHITE DRAGON, because there was no way the present day population of Pern could eradicate the mychorrhizoid Thread life form without the help of the original colonists. It was my notion to have a voice address artificial intelligence unit–AIVAS–as part of the settlers’ equipment and for the present day Pernese to discover this device and learn from it. I might have been ahead of the game in suggesting such a computer in l970 but current computer techniques indicate that such a device–an artificial intelligence system–is within the realm of possibility. What I desperately needed was a system by which my Pernese generation could access the technology left by their progenitors so that they could actively fight Thread and honor the Weyrleader’s vow to end the Threat of the Red Star forever. Jack was ingenious in working out details from me that would forward this ambition. For instance, how the colony ships were powered. And he figured out that, in order to move such a mass as a planet, there would need to be several attacks on it: he utilized the draconic ability to move between time as well as place. And also set up the zebedees to be sure that the mycorrhizoid spore did not again leave the Oort Cloud. According to the Hoyle-Wickramansingh theory (to which Jack does not personally subscribe but was willing to use as a mechanism in the story) about Oort clouds, many organisms might lurk within such an astronomical features as well as embryonic cometary masses and it would be as well to disseminate a killer virus in the cloud to prevent any recurrence of Thread or similar nebular virii.

So, as far as the physics of Pern is discussed by me in the books, it is legitimate even if it hasn’t happened elsewhere. Jack was adamant that I give a logical explanation of as much as I could because then people are more apt to trust you when you come to the improbable. It’s much easier to describe Pern as Earth-like in many aspects and that is quite legitimate, too, especially now that we have discovered other star systems do have Earth-type planets around their primaries. I try to have some basis for even the most drastic suggestions I make.

However, I went to the source, as it were, for correct astronomical date for the latest Pern book, SKIES OF PERN, by asking Dr. Steven M. Beard of Edinburgh Observatory and Scott Manley of the Armagh Observatory for substantiating facts in deploying a Fireball above and into Pern. I went up to Armagh, also meeting Dr. Bill Napier, author of NEMESIS, and other members of the observatory staff to see Scott’s Cosmic Impact Program from which he directed Pern’s fire-ball. Coincidentally, Earth itself had a Near Earth Object scare about the time I finished writing the manuscript and many concerned scientists are watching the rather busy skies near our planet to identify and forewarn of other close encounters with NEO’s and PHA ( possibly hazardous asteroids). Such movies as Deep Impact and Armageddon gave me visual evidences of such a disaster but the dragons of Pern are unusually designed to help mitigate the worst effects of such a catastrophe. The thrust of SKIES OF PERN, the need for the inhabitants to become more aware of their spatial environment and the critical need to set up additional observatories to help prevent a recurrence of such a Cosmic Impact, is as modern and timely as the one currently in operation on Earth, even if it requires the dragons of Perns to implement.

So, to the query : "Did I plan the physics of Pern or did it develop along the way?’ the answer, "I didn’t plan, it did develop along the usual lines for any Earth-type planet and I dragged in whatever experts I needed to substantiate any unusual actions or positing." People want Pern to be believable: I’ve tried to make it logical as well. I also hope that the general attitude of the Pern People within the books has reflected their growing awareness of science and technology which I tried to infer by their less restricted vocabulary and general acceptance of their historical origins.