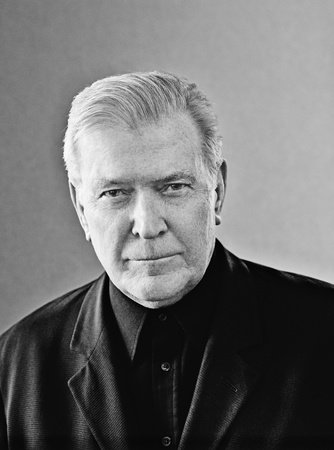 TERRY McDONELL has won numerous awards for his editorial work at various magazines and websites. He is also a novelist and poet, and has written and produced for film and television. In 2012 he was inducted into the American Society of Magazine Editors’ Hall of Fame. He is the president of the board of the Paris Review Foundation and serves on the Board of Overseers of the Columbia Journalism Review. He lives in New York City.

When Jim Harrison was being edited by Terry McDonell, the peripatetic editor whose nearly forty-year career has seen stops on the masthead of Outside, Esquire, Us Weekly, and Sports Illustrated, Harrison took a moment to inform McDonell that editors were not writers. It was a view McDonell himself said he held before he got into the editing game. If the idea needed any more disproving, McDonell’s new book The Accidental Life would be a worthy piece of evidence.

The book covers his life in publishing in several dozen essays, ranging from drug-enhanced adventures with Hunter S. Thompson and George Plimpton at the Aspen Golf Club to observations that click-bait is nothing more than the old game of newsstand pandering refashioned for the digital age. The best of the essays have the mic-drop profundity of a Renata Adler sequence or bristle with the glamour gazing of a gossip column (there’s plenty of coke and plenty of machinations from Elaine’s and the Four Seasons). But for the writers reading it, at least, the stories are also freighted with the reassurance that the struggles — financial, critical, personal — that cut so close to the individual are universal.

It’s hard to say what they all add up to in sum other than that to be perched atop America’s top magazines over the last half-century was to be simultaneously immersed in many of the nation’s most important cultural movements.

By phone, Penguin Random House talked to McDonell about the book, writing, and the media landscape today.

PENGUIN RANDOM HOUSE: How did this book come about?

TERRY MCDONELL: When I was leaving Time Inc., I was going through my files and I found so many interesting things, communications, letters, whatever from writers and I thought ‘this is good stuff,’ and what I want to do is write about my life editing and knowing those writers. So it’s all about writers that I worked with and how I edited them.

PRH: What was it like to edit those writers?

TD: All the writers I worked with were different. It would be really easy to say that the best writers were the ones who were easiest to work with, but that of course is not true. The best writers were generally the most careful. I once did an excerpt from All The Pretty Horses by Cormac McCarthy, and he went through the galley so carefully that he corrected one comma. Jim Salter was like that too, he did not miss a thing, you had to be very, very careful to be true to what he wanted or to have a very good argument about how you wanted to change something. Jim Harrison once told me, after a change had been made in his copy that he hadn’t approved, that I had lynched his baby and that although we could continue to be friends, he wasn’t going to continue to write for me anymore. He did, of course, but you know, emotions run high when it was your own language on the page.

PRH: What do you think about the changes that publishing has gone through in the last several decades?

TD: I think that that golden age is gone and it’s gone because the economics changed. It’s even more difficult now to make a living as a writer than it was back then. We used to pay $5 a word; now people are happy if they get $1 a word. But the audience is so much bigger now, and long form journalism, the real writerly stuff, is still very highly valued and people read it wherever they can find it.

PRH: You started out as a writer, first, right?

TD: I did. Writing is really hard work. Editing is not as intense that way. Most of the work is conceptual. Bob Sherrill, the editor who made me an editor, used to say it was about getting monkeys to jump out of Cracker Jack boxes: there’s a pony at the bottom of that box, but you have to make the boxes really well before the monkeys and the Cracker Jack horses can jump out of them. That’s what editing is about, building an environment that is comfortable for readers, so they know they are in good hands and then doing it intellectually at the same time with the content of your stories.

Readers love surprises. They don’t know what they don’t know that they want. So research is flawed that way, often. But the best things about magazines, when I was editing them, was that they were surprising. There would be things in the magazine that you did not expect to be there and you would like that.

PRH: And how did you figure out what those stories were when they came to you?

TD: By watching the culture. That was the most fun about it. You were always working. Whether going to a movie or watching television or walking down the street, or reading a book, or reading other magazines, or just listening to people, what they were talking about at dinner parties and in bars, waiting for a cab. It’s everywhere and then you have to match a particular writer to a particular idea or a particular story and when that works it can be magical.

Once we had an idea at Esquire about doing the stages of a man’s life. My idea was we do the American man at the age of 21, 35, 50, 65, whatever, but then I thought, what if we did the American man at age ten. Susan Orlean, who’s a great journalist, did that story with a ten-year-old who’s out in New Jersey and it was raucous, in the sense that it had all the detail of the video games that were just breaking and what kids like and thought about. He wanted to be an FBI agent, he wanted to shoot dog food at her butt, they were going to have a very good life together. Super heroes would be their friends. Great execution of that took it to yet another level and it was one of the most successful stories we did that year.

PRH: One of the ideas in new media is this idea that, well, we are going to break out the articles, and take them out of the publication, and out of that box that is the magazine, and maybe we are going to select them based on algorithms. Do you think that is going to be as fulfilling for readers?

TD: Well, it can be. Everyone tailors their news feeds now to get what they want. If they read broadly enough, they become well-educated almost immediately, but if they only read what they hear, that’s the problem. It’s just a matter of how you can train yourself as a consumer of that stuff to get the best stuff, to make discoveries.

PRH: And do you think consumers are going to train themselves?

TD: I think some do and some don’t. We have that rippling through the presidential election right now. I think it is impossible to imagine a well-informed voter voting for Donald Trump and yet at the same time we have his popularity, which is fed by an electorate that is supporting him that reads the same stuff over and over again by him and about him, about what great stuff he has done as a businessman and these wonderful ideas he has, which aren’t really ideas at all as much as they are punch lines to draw attention.