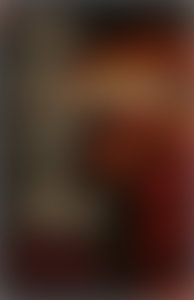 Dr. David McKenna has served for more than 50 years in Christian higher education, including 33 years as a college, university and seminary president.

At Spring Arbor College (now University), he developed a junior college into a four-year Christian liberal arts college; at Seattle Pacific University, he led the transition from a four-year college to university status; at Asbury Theological Seminary, he gained and guided the largest grant ever given in American history to a free standing graduate school of theology. In 1994, Dr, McKenna retired as President Emeritus of Asbury Theological Seminary to write, speak and consult on subjects related to leadership in Christian higher education and ministry. In 2003, he retired as Chair Emeritus, Board of Trustees, Spring Arbor University.

Dr. McKenna holds a B.A. degree in History from Western Michigan University, Master of Divinity from Asbury Theological Seminary, and an M.A. in Counseling Psychology and Ph. D. in Higher Education from the University of Michigan.

He has been awarded ten honorary doctorates, named as a Paul Harris Fellow with Rotary International, and honored by Stanley Kresge’s endowment for the David L. McKenna Christian Leaders Scholarship for business students at Seattle Pacific University.

McKenna’s presidencies have been recognized at Seattle Pacific University by the David L. McKenna Hall for the School of Business, at Asbury Theological Seminary by the David and Janet McKenna Chapel, and at Spring Arbor University by the David and Janet Carillon Tower. As an educational leader, he served as Founding Chair for the Christian College Consortium (parent organization of the Council of Christian Colleges & Universities) and Secretary for the National Association of Independent Colleges and Universities.

In 1980, he was a finalist for Secretary of Education in the Reagan Cabinet. As a religious leader ordained in the Free Methodist Church, McKenna has held positions as Vice-President of the World Methodist Council, Consulting Editor for Christianity Today, and a national radio commentator. In civic leadership, he chaired Governor Dan Evan’s select committee to study gambling in the State of Washington and was honored as First Citizen of Seattle in 1976.

A prolific writer, Dr. McKenna is the author of 32 books that range across the fields of psychology, biblical commentary, leadership, history and theology.

The McKennas celebrate their 60th wedding anniversary in 2010. They are parents of four children, 12 grandchildren, and one great-grandchild

Sign me up for news about David L. McKenna and more from Penguin Random House

When Our Parents Need Us Most