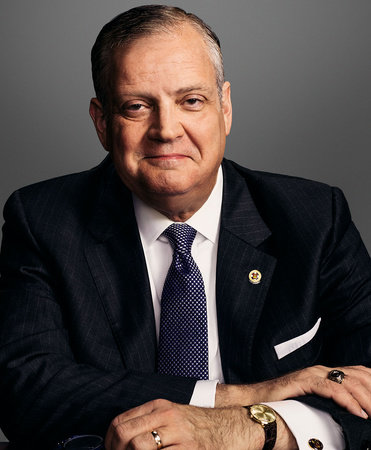 Dr. R. Albert Mohler, Jr. is president of The Southern Baptist Theological Seminary. Considered a leader among American evangelicals by Time and Christianity Today magazines, Dr. Mohler hosts two podcasts: The Briefing, a daily analysis of news and events from a Christian worldview, and Thinking in Public, a series of conversations with the day’s leading thinkers. He also writes a popular blog and a regular commentary on moral, cultural, and theological issues. Dr. Mohler has been quoted in The New York Times, The Wall Street Journal, USA Today, and The Washington Post, and has appeared on programs such as NBC’s Today Show, ABC’s Good Morning America, and The NewsHour with Jim Lehrer. He and his wife, Mary, reside in Louisville, Kentucky, and have two children.

Sign me up for news about Dr. R. Albert Mohler and more from Penguin Random House