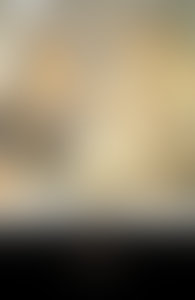 Apuleius was born about AD 125 in Madaura or Madauros (moden Mdaurusch), a Roman colony in the North African province of Numidia. His father, from whom he inherited a substantial fortune, was one of the two chief magistrates (duouiri) of the city. For his education Apuleius was sent first to Carthage, the capital of roman North Africa, and then to Athens. During his time abroad he traveled widely, spending some time in Rome, where he practiced as a pleader in the courts. While detained by illness on his way home at Oea in Tripoli, he met and married the wealthy widow Pudentilla. This was at the instance of one of her sons, whome he had known at Rome; but other members of her family objected and prosecuted Apuleius on various charges, principally that of winning Pudentilla’s affections by magic. Their accuations were brilliantly and it would seem successfully rebutted by Apuleius in his Apology, delivered in or shortly before AD 160. He appears to have spent the rest of his life in Carthage, where he became a notable public figure, holding the chief priesthood of the province and honoured with a statue. His contemporary reputation rested on his neo-Platonic philosophical writings, of which the most important that survive are On the God of Socrates (De de Socratis) and On Plato and His Doctrine (De Platone et eius dogmate), and on his oratory, of which we have excerpted speciments in his Florida. The modern world knows him best as the author of the great serio-comic novel The Golden Ass or Transformations (Metamorphoses), which he is generally thought to have written after his return to Carthage. He probably died about AD 180.