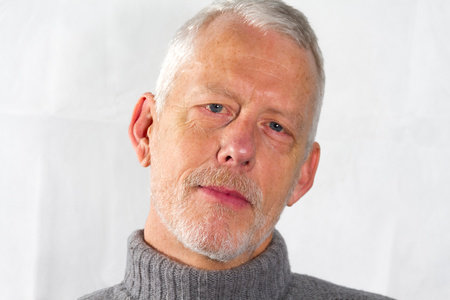 Matthew Carr is a writer, journalist, blogger and author of several books of nonfiction, including Blood and Faith:The Purging of Muslim Spain. He has written for a variety of publications, including The New York Times, The Observer, The Guardian and others. He lives in the United Kingdom with his family. The Devils of Cardona is Carr’s first novel.

The Devils of Cardona

In Matthew Carr’s debut novel, the 16th century comes bounding back to life in a thrilling tale that centers on a string of mysterious murders in a small Spanish town. Investigator Bernardo de Mendoza is sent by the King to smoke out the killer, only to realize he’s surrounded by a hostile community of Moriscos, Muslims forcibly converted to Catholicism and now bitterly living under the watchful eye of Spanish inquisitors.

The Devils of Cardona dances wonderfully on nails of suspense, and is richly informed by the research of Carr, a journalist and historian, whose 2009 book Blood and Faith uncovers the real-life expulsion of Muslims from Spain during the Spanish Inquisition.

For Penguin Random House, Carr discusses his writing and reading habits, the necessities of patience in writing (“because producing good writing is sometimes nothing more than a struggle against one’s own stupidity and inadequacy”), and he channels his favorite English teacher in offering some sound writing advice: “the only way to write [is] to abandon oneself to it completely.”

Penguin Random House: What’s your writing routine? Where, when, and how does it happen?

Matthew Carr: I write for the most part according to a daily timetable of 8.30-5, often longer. I have found that the best way to write is to treat it just like any other job. I show up at the office (my study), and put in the time. Usually I go over what I wrote the previous day, which never looks as good as I thought it did by the cold light of morning. Then I try to write the best I can. Sometimes it soars and everything comes right. Other times it’s like chopping away with a tiny pick axe at the very hard surface which also happens to be my brain. Whichever way it turns out, I don’t leave the desk, even when I want to flee from it.

MC: As a child, I was constantly aware that people were not always as good or as benign as they tried to be. If I hadn’t had that childhood, I wouldn’t have become the kind of writer I later became. Writing has provided me with a means of encapsulating and giving shape to chaos and complexity. I also sensed, when I was quite young, that the world I lived in was threatened by powerful and destructive social, psychological and political forces, and this awareness has definitely determined my choice of subjects and my response to them. I often had the feeling that I was shouting out ‘fire’ and that no one was listening. Much of what I have written has been charged with the same sense of urgency, and the writers that I have been most attracted to have it too.

PRH: What are the obvious differences between writing fiction vs. nonfiction? The not-so-obvious?

MC: When writing nonfiction, such as reportage, you bear a responsibility to convey what you saw and what people actually said to you, rather than what you think they said or what you wish they’d said. When writing fiction, you are able to put thoughts and feelings into characters that you have invented. However, you also become beholden to those characters and try to be true to them. Similarly, when writing about history, especially when your work is based on secondary sources, you owe a debt to the historians who supplied the materials that you are working with. You can’t wander too far from the evidence in front of you. When writing a historical novel you still have to pay constant attention to the period that you’re writing about; but within these parameters you can give your imagination free rein.

MC: I’m quite restless as a person and as a writer. I like the thrill of discovering new territory. I want to write about different things and in different ways, whether I’m writing nonfiction or fiction. Usually I begin to have an idea of what I want to write about next as a book comes to an end, and sometimes the ending seems to point naturally towards a particular project. That doesn’t mean that I’m always able to write the books I want. Even if I feel passionately about a subject, I still have to convince a publisher to publish it. That sometimes means I have to reshape an idea that I think is good, or even dispense with it completely if no one wants to pick it up.

PRH:What classics would you read if you had all the time in the world?

MC: Life is way too short to do all the things that I would like to do, or read all the books that I want to read. I think human  life should be extended to about two hundred years. That ought to give enough time to do more, see more and read more. As far as the classics are concerned, I’ve never read Dickens or Balzac, for example. But there are so many great books out there, you have to accept you can’t read them all and be grateful for the good ones that do come your way.

MC: I don’t consciously use this framework, but it does make sense when these three qualities are taken as part of a whole. However, there are some very good writers with very little experience. Nor does experience necessarily translate into good writing. I have taught creative writing classes for example, and come across people with searing experiences that they aren’t necessarily able to write about as they’d like to. For myself, I would add patience and tenacity, because producing good writing is sometimes nothing more than a struggle against one’s own stupidity and inadequacy. It’s out of that struggle, hopefully, that the sparks will fly.

MC: An English teacher — the best I ever had — once told me that the only way to write was to abandon oneself to it completely. I have tried to follow that advice. My own advice to aspiring writers is to be prepared for an often difficult, unstable, and roller coaster kind of life. Don’t do it because it sounds cool, easy, or glamorous. Do it because you need to.