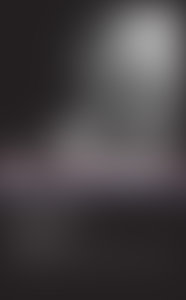 Henry L. Mencken was born in Baltimore in 1880 and died there in 1956. He began his long career as a journalist, critic, and philologist on the Baltimore Morning Herald in 1899. In 1906 he joined the staff of the Baltimore Sun, thus beginning an association which lasted until a few years before his death. He was co-editor of the Smart Set with George Jean Nathan from 1908 to 1923, and with Nathan he founded The American Mercury, of which he was sole editor from 1925 to 1933. He was the author of many books, most notably The American Language, Prejudices, Happy Days, Newspaper Days, Heathen Days, and Minority Report.Charles A. Fecher was born in Baltimore in 1917 and lives there still. He is the author of The Philosophy of Jacques Maritain and Mencken: A Study of His Thought. He has written articles and reviews for a large number of publications, including The Critic, The Catholic World, The Sign, and the Baltimore Sun.

Sign me up for news about H. L. Mencken and more from Penguin Random House

Books by H. L. Mencken published by The Library of America