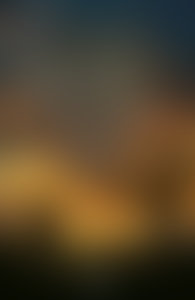 Margaret Mitchell was born 8 November 1900 in Atlanta, Georgia. After a childhood surrounded by relatives who had survived the Civil War she enrolled at Smith College, Massachusetts, but was forced to return to the family home after her mother’s death. After a difficult first marriage Mitchell became a reporter for the Atlanta Journal Sunday Magazine and was married again in 1925. In 1926, due to an ankle injury, Mitchell stopped work as a reporter and began to write the Civil War novel which would become Gone with the Wind (1936). She was persuaded by a friend at Macmillan to submit the novel and upon publication it sold more copies than any other novel in American history and was awarded a National Book Award and Pulitzer Prize. The 1939 Hollywood film adaptation garnered eight Oscars and became the highest-grossing film of all time in the US and Canada. Mitchell died tragically on 16 August 1949. Her novella Lost Laysen was published posthumously in 1996 and became a New York Times bestseller. By 2000 30 million copies of Gone with the Wind had sold in 40 languages.