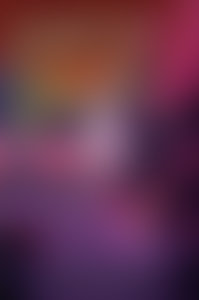 Katherine Arden is the New York Times bestselling author of the Winternight trilogy and the Small Spaces quartet. In addition to writing novels, she enjoys aimless travel, growing vegetables, and running wild through the woods with her dog. She lives in Vermont.

The Winter of the Witch

The Girl in the Tower

Katherine Arden is the author of the Winternight trilogy, the third book of which will be published early next year. In this interview, we discuss history, folklore, and fiction.

PENGUIN RANDOM HOUSE: You’ve got a book coming out in January 2019.

Katherine Arden: Yes. The Winter of the Witch, the third book in the Winternight trilogy.

PRH: That’s a long time off, but you’re still promoting that and your other books. Are you doing a lot of signings and public appearances?

KA: I really have been: various conventions, various cons. I was at BookExpo America. There will be a lot of giveaways and other things like that leading up to the release.

PRH: You’ve got a linguistic background. You studied in Russia. Is that where you first became attracted to the mythology, or did the mythology lead to your interest in Russia?

KA: It’s a “chicken or the egg question,” right? Actually, I had a book of Russian fairy tales growing up. I absolutely loved it, and read it until it fell apart. I had this background interest in Russian fairy tales before I went to Russia, but living in Moscow really deepened and enhanced my interest in Russian literature. When I came back and wanted to try to write a novel, basing it in Russia made sense for these reasons.

PRH: How do you find a balance between being somewhat faithful to the fairy tales that inspired you but without letting them dictate the structure of your novels?

KA: That’s a really interesting question. I think, for me, it is important to focus on the characters themselves. You have all of this background knowledge of the folklore and history because the series is set in 14th century Muscovy, the area in and around Moscow, so I have this information to draw upon and help structure my book. However, at the end of the day, it is the characters I’ve created that drive the story. If you keep it on the character’s level, it helps you to not get too wrapped up in the mythical aspects and the vastness of it all. It keeps it human, which is important for a novel.

PRH: You don’t have any worries about folklore experts critiquing those aspects of the story?

KA: I did my very best to be accurate to the folklore and history sides of the story. It is funny, but the folklore and history people have been pretty chill. I do get people who write to point out that this or that species of trees would not have extended north of the Volga in this particular century, and, therefore, the story is inaccurate. People like to pick nits like that, but that’s okay.

PRH: I think it does speak to the level of immersion in the novel. People can’t find those kinds of nits unless they’re paying attention. Maybe it’s a compliment in some way?

KA: Maybe. I would much rather have people be passionate about the book in some way rather than just think it’s “okay.” It is fiction, in the end though. I tried to be as true to the spirit of the history and the fairy tales as I could, but at the end of the day, it is still a fantasy novel. I’m not writing a historical novel, so I don’t think I have that duty to get it completely accurate.

PRH: Let’s get back to the next novel for a moment. What can you tell us about it? No spoilers!

KA: The Winter of the Witch picks up where the second book picks up. The three books really do flow, timeline-wise, one into the other. It is probably the most dramatic of the books: Not everyone survives. I’ll be vague about that. It ends at the place where I always meant to end the series when I started it five years ago, even though everything else has changed — the plotting, the characters, the journey they take. The last moments of the book are the ones I hoped to have many years ago, and that makes me very happy.