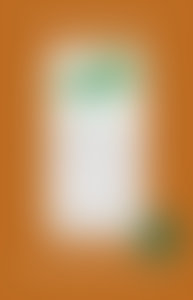 Harry R. Moody, Ph.D., recently retired as Vice President and Director of Academic Affairs for AARP in Washington, DC.  He is currently Visiting Professor at Tohoku University in Japan, and Distinguished Faculty at Fielding Graduate University. Dr. Moody previously served as Executive Director of the Brookdale Center on Aging at Hunter College and Chairman of the Board of Elderhostel (now Road Scholar).

A graduate of Yale with a doctorate in philosophy from Columbia University, Dr. Moody has been a leading researcher in the field of aging. He is the author of over 100 scholarly articles, as well as a number of books. His most recent, The Five Stages of the Soul, has been translated into seven languages worldwide. In 2011 he received the Lifetime Achievement Award from the American Society on Aging; in 2010, the Robert Kahn Award for Successful Aging, from Masterpiece Living and in 2008 he was named by Utne Reader magazine as one of  “50 Visionaries Who Are Changing Your World.”

Sign me up for news about Harry R. Moody and more from Penguin Random House

The Five Stages of the Soul