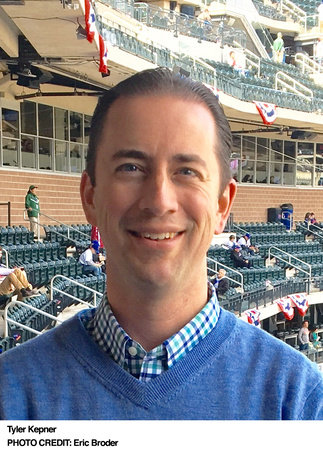 TYLER KEPNER is the author of the New York Times bestseller K: A HISTORY OF BASEBALL IN TEN PITCHES. He has covered every World Series game of the last two decades for The New York Times. He started his career as a teenager, interviewing players for a homemade magazine in the early 1990s. He attended Vanderbilt University on the Grantland Rice/Fred Russell sportswriting scholarship, then covered the Angels for the Riverside (Calif.) Press-Enterprise and the Mariners for the Seattle Post-Intelligencer. He joined The New York Times in 2000, covering the Mets for two seasons, the Yankees for eight, and serving as the national baseball writer since 2010.

K: A History of Baseball in Ten Pitches