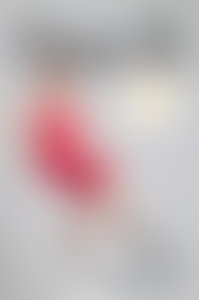 Sallie Krawcheck is the Co-founder and CEO of Ellevest, an innovative digital investment platform designed to help women reach their financial goals. She is also Chair of Ellevate Network, a professional networking community whose mission is to advance women in business. She is one of the highest ranked women ever to have worked on Wall Street, having held posts such as CEO of Smith Barney, CEO of Merrill Lynch Wealth Management, and CFO of Citigroup. She is one of the most-read “Influencers” on LinkedIn, and has been profiled as one of Fast Company’s “Most Creative People” in business, as well as in The Wall Street Journal, Fortune, Forbes, and more. Krawcheck attended the University of North Carolina at Chapel Hill and holds an MBA from Columbia University.

Over the course of her career, Sallie Krawcheck occupied a few of the most senior positions on Wall Street. She was CEO of Smith Barney, the CEO of Merrill Lynch Wealth Management, and the CFO of Citigroup. When she was very publicly fired from her position at Citigroup in 2008 for outwardly disagreeing with her higher-ups regarding how to handle the many blows dealt by the recession, Krawcheck finally had some free time to sit back and reflect on her illustrious career. Why, almost always, was she the only woman in the room at work? In what ways had sexism, both outright and subtle, crept into her daily life? How could she help women of the future break into business despite the challenges she’d faced thus far?

Krawcheck is now the CEO of Ellevest, an innovative digital investment platform designed to help women reach their financial goals. Her book Own It answers the above questions and more. Read our Q&A with her about what is means for a woman to “own it,” how her very public firing changed her life, and what women can to today to improve their financial futures.

PENGUIN RANDOM HOUSE: How is Own It different from other books on leadership and women, like Lean In or The Next Generation of Women Leaders? Go ahead, make the case for why women should pick up your book instead.

SALLIE KRAWCHECK: There are so many great books for women out there today. What I believe makes Own It different is that I wanted to look at not just how to be successful in business as it is today, but to recognize that business is changing (and fast) because of the far-reaching impacts of technology. So I wanted to lay out what it will take to be successful in business going forward. The good news: a lot of the qualities that women very naturally bring to the table (relationship orientation, risk awareness, holistic approach to problems) are ones that are becoming even more valuable. The other good news: we women have an enormous amount of financial and economic power, and those same changes are enabling us to use that power like never before.

Put another way: if we women are good for business, direct 80%+ of consumer spending, control $5 trillion of investable assets, and are more than half the workforce…why do I have to conform to the ‘Mad Men’ ways of business? This book is a roadmap for getting from here to there.

SK: Great question. It’s really on several levels: it’s owning the characteristics we women bring to business and not always contorting ourselves to the old ways of acting at work. It’s each of us owning the responsibility for moving business forward on this front, not just for ourselves but because it makes businesses, the economy, and society better; it makes for a better business world for our daughters, and our sons. It’s about owning the “courageous conversations” and actions we can take to move us forward. And it’s literally about owning it – a path women will increasingly take will be to start their own businesses!

PRH: In 2008, you were fired from Citigroup, news that made the cover of the Wall Street Journal. How did being fired in this way influence your future business decisions? What was it like going back to work after that?

SK: Oh, I “owned” that one. My boss and I had a business disagreement; I advocated partially reimbursing clients for losses in the financial crisis, for products we had sold as low-risk, but that actually were high-risk. What I learned from that is that: success is not an end-point, and failure is not fatal. I was able to move from a high perch on Wall Street to being fired to being back at a senior role to becoming an entrepreneur. And I only picked up about a dozen wrinkles along the way!

PRH: In your book, you say that you were fired from Citigroup, at least in part, because you’re a woman. Can you explain why?

SK: Pretty scandalous statement, right? I did not mean that the guys said “Hey, let’s get rid of Sallie because she’s the only woman on our team and we want to be just us guys.” What I did mean is that my working to return client funds got me fired. And when I think back, my returning client funds was driven by focus on the relationship with the clients; in doing it, I was very focused on the long-term health of the business and the risk of not doing it. Relationship focus, long-term orientation, and risk awareness: these are three of the characteristics that the research shows we women bring to the business table in spades. I was told loud and clear to “get back in line” as I made the argument to reimburse clients; I chose not to.

PRH: You argue that “groupthink” in Wall Street is a big part of what led to the 2008 financial crisis. Are women the antidote to that groupthink?

SK: Diversity of any and all kinds is an antidote to groupthink. Diversity of thought, perspective, background, orientation, experience, gender, nationality, skin color. The research is pretty clear that homogenous groups tend to “trust” each other too much. And I think we would all agree that, intuitively, if the vast trading floors on Wall Street – which were seas of Caucasian men –had had more women on them, or any people of difference, the crisis would have been less severe.

PRH: How important is finance management for women looking to advance their careers? How early should women start managing their finances, and where should they start?

SK: Let’s be clear: women in aggregate today control an enormous amount of money. Individually, however, men today have more money than women do, by good measure. And I would go so far as to say that we women will not be fully equal with men until we are financially equal with men. So, yeah, I think it’s important.

That means living below one’s means. It means paying off any high-interest rate debt as quickly as you can. It means investing some portion of every paycheck in a diversified investment portfolio. It means doing the research on how much your job pays and asking for that raise; it means asking for that promotion. (The gender pay gap and the gender investing gap can themselves alone cost women hundreds of thousands, even millions, of dollars over a professional woman’s career.)

PRH: After Donald Trump was elected President, you published this powerful letter to your daughter Kitty in Fortune. In what ways do you think Trump’s presidency will affect the advancement of women in business? Is there anything practical women should do now that he’s been elected?

SK: Well…..he’s not known as a pre-eminent feminist, is he? And I don’t think we really have any idea what he’s going to do on a vast range of issues during his Presidency.

So my best thinking is that we all control what we can control and take action where we can: that’s getting ourselves in good financial shape, that’s investing some portion of our paycheck, that’s helping other women advance in the workplace through mentorship and sponsorship, that’s putting in those calls to our elected representatives, that’s having the “courageous conversations” at work when we see gender inequities.

PRH: What is the best piece of advice you can give to young career women?

SK: I still haven’t found better advice than to work hard. I’ve found that hard work and success tend to be pretty highly correlated; not every week and sometimes not every year, but over time.