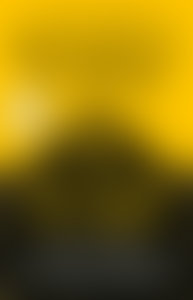 Mohamed A. El-Erian is the chair of President Obama’s Global Development Council and chief economic advisor at Allianz, the corporate parent of PIMCO where he was previously the CEO and co-CIO. He is a contributing editor at the Financial Times and a Bloomberg columnist. Earlier in his career, he served as Deputy Director at the International Monetary Fund, Managing Director at Salomon Smith Barney, and president and CEO of the Harvard Management Company. El-Erian was on Foreign Policy’s list of Top 100 Global Thinkers for four consecutive years, and named by that journal as one of the 500 most powerful people on the planet. He is regularly on CNN, CNBC, and Bloomberg, and his writings have also appeared in Fortune, The Wall Street Journal, The Washington Post, Business Insider, Newsweek, The Atlantic, Latin Finance, Project Syndicate, and other outlets. El-Erian’s last book, When Markets Collide, was a New York Times and Wall Street Journal bestseller, won the Financial Times/Goldman Sachs Award for best business book of the year, was named as a best book of the year by The Economist, and was called a best business book of all time by The Independent. El-Erian earned his master’s degree and doctorate at Oxford University, having obtained his undergraduate degree at the University of Cambridge, where he holds an honorary fellowship at Queens’ College.

Sign me up for news about Mohamed A. El-Erian and more from Penguin Random House

Books by Mohamed A. El-Erian