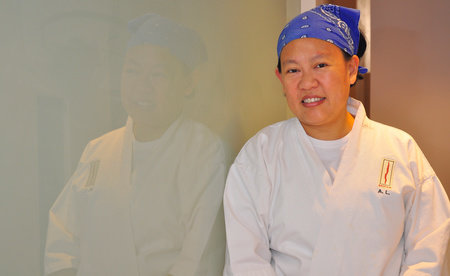 ANITA LO is an acclaimed chef who worked at Bouley and Chanterelle before opening the Michelin-starred restaurant annisa in the heart of Manhattan’s Greenwich Village in 2000, which she ran until it closed in 2017. Food & Winenamed her one of ten Best New Chefs in America, and TheVillage Voice proclaimed her Best New Restaurant Chef. She has appeared on Top Chef Masters, Iron Chef America, and Chopped; in 2015, she became the first female guest chef to cook at the White House. She lives in New York City and on Long Island.