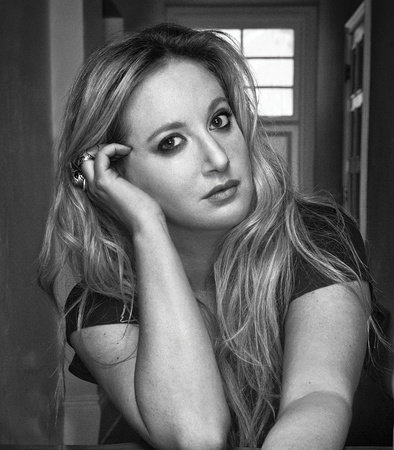 Leigh Bardugo is the #1 New York Times bestselling and USA Today bestselling author of Six of Crows, Crooked Kingdom, and the Shadow and Bone Trilogy. Visit her online at leighbardugo.com and follow her on Twitter at @LBardugo. She is the first author in the DC Icons series, a collection of books in which the DC Comics super hero icons are written by megastar young adult authors. The series also includes Batman: Nightwalker by Marie Lu, Catwoman: Soulstealer by Sarah J. Maas, and Superman: Dawnbreaker by Matt de la Peña.

Liegh Bardugo, is the author of Wonder Woman: Warbringer (available 8/29) a heroic coming of age tale. We spoke at SDCC 2017 about Wonder Woman and why she means so much to so many women and girls.

PENGUIN RANDOM HOUSE: What were some of your experiences with Wonder Woman prior to writing the novel?

Leigh Bardugo: My experiences started as a kid watching the “Super Friends” cartoon in the morning, reading comics from the newsstand down the street, and watching Linda Carter on reruns of “Wonder Woman”. I really loved her, like most kids do. When I got a little bit older, I stopped reading superhero comics. I grew away from them. It wasn’t until college that I started to rediscover Wonder Woman and understand why she was so important to me, while a lot of other superheroes had faded away — why she still mattered and still exists as an icon.

PRH: Let’s talk about that. Why is she so important?

LB: For me, it comes down to the power of the the bracelets and the ricochet: that whatever you send to her, she’s going to send it back to you. It is who she is as an Amazon. She has always been different from other heroes in that she is defined by her kindness and compassion, as well as her strength. Her desire to choose a different solution than a fight even though she could alway win: That is what allows her to be Wonder Woman.

PRH: She’s also a strong female superhero, which we haven’t had too many of, it seems.

LB: One of the reasons I grew away from her was, frankly, hitting puberty and realizing that a lot of these different characters weren’t drawn or written for me. I started to be drawn to Buffy, Jem, and Sailor Moon: women who may have been objectified in their own ways, but at least didn’t have to fight evil in a spangly bustier. It was only when I grew older that I realized why that bustier was important, and why it really didn’t matter exactly what she was wearing: that there was tremendous power in a woman who can walk fearlessly anywhere looking any way she wants.

PRH: Where does Warbringer begin? Is it connected to the movie?

LB: My book has no relationship to the movie. It is a completely different timeline and a different version of the canon. It is the story of Diana at 17, having grown up on Themyscira as the only Amazon who was born on the island and has never proven herself in battle. She is a princess, but she doesn’t really feel like she has a place among her people. She is desperate to prove herself, but when she finally gets the chance, she throws it all away to save a girl named Alia from a shipwreck. What she doesn’t know is that Alia is not an ordinary girl, and by saving her, she may have doomed the world. It is really the story of Diana’s first contact with mortals and the world of men; her figuring out what she thinks a hero is. It is also very much a story about the friendship between women and girls.