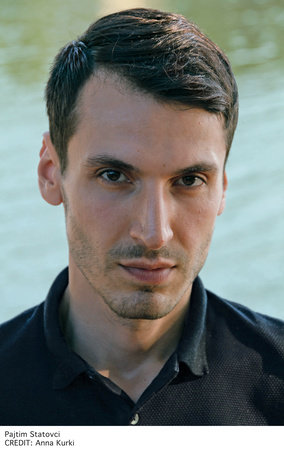 PAJTIM STATOVCI was born in Kosovo to Albanian parents in 1990. His family fled the Yugoslav wars and moved to Finland when he was two years old. He holds an MA in comparative literature and is a PhD candidate at the University of Helsinki. His first book, My Cat Yugoslavia, won the Helsingin Sanomat Literature Prize for best debut novel; his second novel, Crossing, was a finalist for the National Book Award; and Bolla was awarded Finland’s highest literary honor, The Finlandia Prize. In 2018, he received the Helsinki Writer of the Year Award.

His newest novel, Bolla, will be published in July 2021 by Pantheon Books.