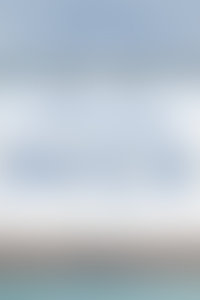 JP Delaney is a pseudonym for a writer who has previously written fiction under other names. Delaney is the author of the New York Times bestseller The Girl Before, which is being brought to the screen by Academy Award winners Ron Howard and Brian Grazer’s Imagine Entertainment.

Penguin Random House talks to the author for whom “JP Delaney” is a pseudonym about the starring role that setting plays in the author’s new thriller, The Girl Before, one of 2017’s most buzzed-about books.

PENGUIN RANDOM HOUSE: The Girl Before deals with the idea of minimalism. What sparked your interest in this idea? And then what made you decide it would be a strong thriller plot? Are you yourself a minimalist?

JP DELANEY: I originally chose a minimalist house as my setting just because minimalism is such a psychological architectural style – a manifestation of something pretty obsessive going on in an architect’s head. But as I explored the topic, I became more interested in the architect’s clients – the people who actually choose to live in such an extreme way. What would draw someone to that kind of beautiful, highly disciplined but also austere lifestyle, without clutter or superfluous possessions of any kind? The answer, it seemed to me, was someone who has suffered a traumatic, life-changing event, and who thinks that a clutter-free life will somehow help to fill a hole in their own heart.

PRH: Emma and Jane are asked to “Please make a list of every possession you consider essential to your life.” How would you respond to that request?

JPD: Well, the question is a loaded one, as my characters come to realize: It subtly suggests that all possessions are a distraction from what’s really important. So hopefully, you start to wonder what sort of person is asking the question.

Personally I live surrounded by clutter – the room in which I’m writing this is a jumble of books, guitars, family mementos, the sloughed-off skin of a three-foot grass snake I found in the garden one morning … Is any of it essential? Of course not. But would I actually be a better person if it was all suddenly magicked away? No again. But I can see why some people might yearn for a clean slate like that.

PRH: Is there any place you’d like to live that you’d be willing to jump through the hoops Emma and Jane do? Do you think this story could only work with women or would two men have been plausible as well? Why or why not?

JPD: The book could probably have worked with men as the tenants – but that would have meant making the architect a woman. And I think there’s a tunnel-vision, uncompromising aspect to some men’s brains, which sits better with the details of my story. In a way, that’s what the book is really about: despite having two women as the protagonists, its subject is male obsession.

PRH: The house at One Folgate Street is architecturally special. Was there an actual house that inspired this one? And the advanced technology in the house?

JPD: One Folgate Street is based on houses by several minimalist architects. For example, a Swiss chalet house designed by Davide Macullo; the flat John Pawson designed for the writer Bruce Chatwin in London; and a staircase by Katsufumi Kubota. But the technology in it is drawn from specialist books like The Smart House by James Grayson Trulove.

PRH: How did you approach the research to make all these special pieces fit and be plausible?

JPD: Because the house is described in the book as being built seven years ago,  I was careful to make its technology very slightly out of date. For example, wearing a digital bangle so that a smart shower can recognize you and set the water to the exact temperature you like – today, that could be done much more easily by face recognition technology. Or the way there’s no letter box, because technologists back then failed to forecast the boom in delivery services like Amazon Prime. The effect I wanted was a bit like one of those old movies in which they tried to predict the future and got it very slightly wrong. It’s a small thing, but hopefully it all adds to the feeling of authenticity and creepiness.

PRH: The house itself almost takes on a character role. Did you start with that intention or did it take on a life of its own? And do you have to approach setting differently when it’s essentially a player in the game?

JPD: Well, in some ways it’s down to very simple things, like always calling the house by name – ‘One Folgate Street – rather than ‘the house.’ In that way, I give it its proper due as a character.

I’m a big fan of classic gothic ‘house’ stories – books like Rebecca or Wuthering Heights. I wanted The Girl Before to be a kind of modern take on that tradition, where the spookiness comes from the sheer absence of anything, rather than the usual gothic trappings of cobwebs and shadows.

The computer application that runs the house’s systems, incidentally, called ‘Housekeeper,’ is my very small nod to the influence of Rebecca.

PRH: This is JP Delaney’s first novel, but it’s not your first novel. Was there anything different about the way you approached writing this novel or did you sit down and use a tried and true process? What process did you use? Did you know all of your twists and turns before starting, did they develop as you went, or did you use a hybrid of the two?

JPD: The Girl Before had a very slow gestation. I actually started it fifteen years ago – but for some reason, I just couldn’t make it work. I wrote several other books instead – but each time I finished one of those projects, I’d come back to this story again and have another go. Over the years I tried it as a screenplay, as a TV drama, then as a novel again.

One reason it took so long was that I’d become intrigued by the well-known idea that killers have a ‘pattern’ – they get psychological satisfaction from repeating the details of their previous killing. I decided to reflect that in the book by having two timelines that slot together to make one continuous story, each scene triggering the events of the next even though three years separate them. The effect I wanted was for the reader to be aware that the characters are inside a story that’s been told before – so the big narrative question becomes whether the second woman can escape the ending that was written for the first. But it made the plotting very complex.

Another reason it took so long – and the reason I think I persevered through so many drafts – was that I have a personal connection to the material. Like one of my protagonists, my partner and I lost a baby, in our case to Sudden Infant Death Syndrome. Our next child, Ollie, was born with Joubert’s Syndrome, a rare genetic condition that resembles a mixture of autism and cerebral palsy. He’s non-verbal and suffers from a variety of mental and physical disabilities. As anyone who has a disabled child knows, it forces you to reassess the life you thought you were going to have. In particular, you develop a very different attitude to notions like ‘beauty’ and ‘perfection.’ The old me would have been drawn to perfectly designed, art-directed spaces like One Folgate Street. Now, it’s messy, chaotic houses, where the walls are scarred by bicycle handlebars and defaced with scribbles and children’s paintings, that draw my envy. I didn’t even realize it until I finally came to finish The Girl Before, but that theme – of being both attracted to, and repelled by, perfection –  lies at the very heart of the novel.

PRH: The Girl Before was optioned for film last year with Ron Howard signing on to direct. Are you going to be involved in the film adaptation and what’s the status of the film at this point?

JPD: No, I won’t be involved. They have a very good team on board and, although I have written screenplays and want to do more, it’s best for this book to be adapted by someone who isn’t so close to it.

PRH: Is JP Delaney working on something new now? How will you follow up The Girl Before?

JPD: I’m not completely sure what I’ll do next! I’d like to write another novel of psychological suspense, not least because I think it’s a genre where you’re allowed, even expected, to create richly complex characters who are neither all good nor all bad. But it’s also a genre that demands the writer come to it with fresh, bold ideas. Watch this space!

This interview originally ran on Shelf-Awareness.com.