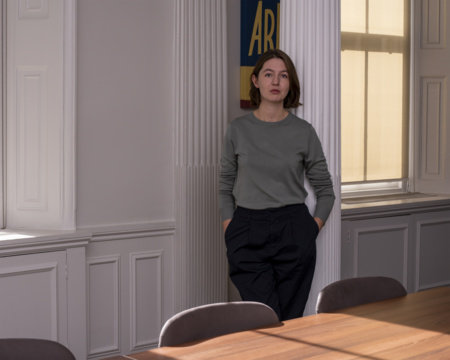 Sally Rooney is the author of the novels Conversations with Friends, Normal People and Beautiful World, Where Are You. She was the editor of the Stinging Fly in 2018 and a Cullman Center Fellow at the New York Public Library from 2019–20. She was nominated for an Emmy for her work on the television adaptation of Normal People, which was broadcast on CBC Gem in 2020.

Dónde estás, mundo bello / Beautiful World, Where Are You