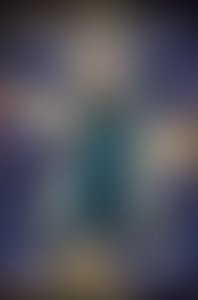 RICHARD DINNICK is a writer for the BBC, ITV and Disney – most recently writing on the TV series Thunderbirds Are Go. He has written books and short stories for Doctor Who, Sherlock Holmes and Stargate. His first original graphic novel, ROB, will be published by Legendary Entertainment in 2018.


He has written books and short stories for Doctor Who, Sherlock Holmes and Stargate. Richard is now writing on Titan’s Doctor Who comic range and Legendary Entertainment is developing his first graphic novel.


Richard lives in Norfolk with his wife, two children and a menagerie of dogs, cats and chickens…

Doctor Who: The Thirteenth Doctor Vol. 0: The Many Lives of Doctor Who

Doctor Who: The Twelfth Doctor: Time Trials Vol. 3: A Confusion of Angels

Doctor Who: The Twelfth Doctor: Time Trials Vol. 2: The Wolves of Winter