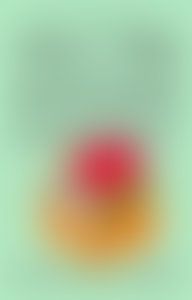 Katie Williams’s short fiction has appeared in The Atlantic, American Short Fiction, Prairie Schooner, Subtropics, and elsewhere. Williams earned her MFA from the Michener Center for Writers at the University of Texas at Austin. She teaches writing and literature at Academy of Art University in San Francisco. She is the author of two young adult novels, The Space Between Trees and Absent. This is her first novel for adults.

There are so many places humans seek happiness – but what if you could find the answer in a readout from a machine?

In Katie Williams’ Tell the Machine Goodnight, readers meet Pearl, who works to make people happy in the most literal way possible: she’s a happiness technician who takes readings from a machine called Apricity to help people learn what they can do to make themselves happier.

We had a chance to chat with Katie about the novel, from Pearl to Apricity and more.

PENGUIN RANDOM HOUSE: Tell The Machine Goodnight takes place in a fairly near future in which happiness technicians can use a machine to help people find three things that will make them happy, ranging from using a certain kind of soap to surgical alterations to their body. What made you focus on happiness and technology in the novel?

Katie Williams: I think we’ve developed an expectation that technology can meet our most every need. As they say: There’s an app for everything! And there are many needs technology does meet. I’m not down on technology; in fact, I’m excited by all it can do and, in particular, all the ways it can express who we are and what we value. However, as technology becomes something we use not just every day but almost every minute of every day, I think we can reach for it a little too carelessly and compulsively. If you’ve ever caught your fingers clicking open a social media account you’ve just checked or felt naked when you realized you’ve left your phone at home, you know what I mean.

What I was curious about — and this is the premise of Tell the Machine Goodnight — is what would happen if people compulsively reached for technology to meet one of their most fundamental yet elusive needs: personal happiness.

PRH: Happiness technician Pearl and her son Rhett are at the center of the story, although several sections of the novel focus on characters whose lives and stories intersect with Pearl’s and Rhett’s. Is there a character in the novel whose story you’d say is your favorite?

KW: Writing a novel from multiple perspectives allowed me to really sit with each of these characters, and as a result, I have a lot of affection for even the most exasperating ones. (I’m looking at you, Carter.) If I must pick a favorite, I’d say Rhett’s story is the one that makes me most want to stand up and cheer. I’m moved by people who choose to stay open, even vulnerable, to the world around them. It takes courage and strength.

PRH: Pearl’s relationship with her ex-husband Elliott – Rhett’s father – is a rocky one that’s central to her story in many ways. Would you say Pearl’s personality is shaped more by her positive relationships and experiences or her negative ones?

KW: Oh, I think she’s shaped by both, as most of us are. One force in particular that shapes and drives Pearl is her desire to make the people in her life be happy, sometimes at the expense of her own wellbeing. In a way, Pearl is a human version of the happiness machine. Her story explores, among other things, the limits and costs of this practice.

PRH: Tell The Machine Goodnight follows Rhett during a pretty formative (though angst-ridden) time of his life, starting in the midst of his high school years and trailing through his first year of college, while we meet Pearl during a period of stagnation. Would you describe the Apricity technology as a tool to help during formation or to address a sense of stagnancy?

KW: I’d say this difference in the characters’ conflicts speaks to their difference in age, in life stages, as you imply. I’m going to be coy because I don’t want to tell readers what I think the Apricity technology does. I’d rather they read the book and reach their own conclusions. I will say, and I’m borrowing from “Black Mirror” creator Charlie Brooker here, that I see technology as mirror that is always showing us who we are or perhaps, more specifically, a funhouse mirror that distorts, minimizes, and exaggerates certain features of who we are.

PRH: The Apricity machine uses a person’s readings to suggest three changes that person could make in their life to be happier or more at peace. What do you think your Apricity results might say?

KW: Oh ho! I wrote an entire novel to avoid having to answer that question!

Tell the Machine Goodnight is available now from Riverhead Books.