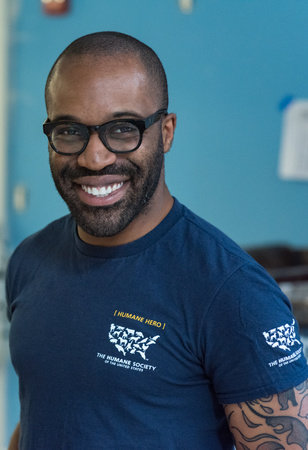 Tochi Onyebuchi holds a B.A. from Yale, an MFA in Screenwriting from Tisch, a Masters degree in Global Economic Law from L’institut d’études politiques, and a J.D. from Columbia Law School. His writing has appeared in Asimov’s and Ideomancer, among other places. Tochi resides in Connecticut where he works in the tech industry and is currently writing the epic sequel to Beasts Made of Night.

Beasts Made of Night

Tochi Onyebuchi is the author of Beasts Made of Night:

In the walled city of Kos, corrupt mages can magically call forth sin from a sinner in the form of sin-beasts – lethal creatures spawned from feelings of guilt.

Taj is the most talented of the aki, young sin-eaters indentured by the mages to slay the sin-beasts. But Taj’s livelihood comes at a terrible cost. When he kills a sin-beast, a tattoo of the beast appears on his skin while the guilt of committing the sin appears on his mind. Most aki are driven mad by the process, but 17-year-old Taj is cocky and desperate to provide for his family.

When Taj is called to eat a sin of a royal, he’s suddenly thrust into the center of a dark conspiracy to destroy Kos. Now Taj must fight to save the princess that he loves – and his own life.

We spoke with Onyebuchi about the novel and its real-life inspiration at New York Comic Con 2017.

PENGUIN RANDOM HOUSE: Your background goes above and beyond writing. You had an interesting career prior to this.

Tochi Onyebuchi: Part of it is just an addiction to school. After college, I went to film school at NYU, where I got an MFA in dramatic writing. After that, I went to law school at Columbia and completed a JD. For me, it was always a matter of trying to meld what I was interested in and what I was good at. Beasts Made of night, in a lot of ways, is a culmination of that in that I am able to write about issues that are important to me regarding criminal justice and mass incarceration, and put them through the prism of this fantasy story where I get to talk about guilt and sin, and who gets punished for what. I get to address all of these questions that are really important to me. I had known I was going to be a writer, or at least I wanted to be one, ever since I was a kid. This, in many ways, this was the culmination of that, but I don’t want to say it was an end point. There’s so much of the journey left ahead, but this felt like I was bringing it all together.

PRH: This is the story of a boy who eats sins. How does one eat sins?

TO: A mage will call forth the sin from the sinner which will then take the shape of a massive beast, depending on the nature and intensity of the sin. The sin-eater has to slay the beast, which then turns into ink. The sin-eater then has to consume the ink bodily. It is a very painful process — not at all enjoyable, and the pay is awful.

PRH: Why would you do that, then?

TO: There is a special group of people in the city of Kos who are able to do this. They are called the aki and they’re very young, because in this line of work you don’t last very long. When you consume a sin, it appears on your body as a tattoo, so you’re marked. This signals to everyone else that you’re sort of untouchable. This is a society that prides itself on spiritual purity and sinlessness, and when it becomes obvious to other people that you’re carrying all of these sins inside you then you’re discarded by society. The aki are very much trod upon. They’re the lowest of the low.

PRH: I understand his was inspired by Nigerian culture.

TO: In a lot of ways, this was to dive deeper into where my mother came from — this land she has so much affection for. She was an immigrant from Nigeria, and whenever she talks about Lagos, the city where she spent her childhood, she describes it like a cauldron of chaos: a place where everything is going on all at once, there’s lots of crime, everyone has a hustle, food vendors are everywhere, and the traffic is just legendary, but she says all of this with a big smile on her face. I wanted to get to what that place was that she was talking about. The city of Kos is very much based on the city of Lagos. There’s the same sort of chaos and jumble, but it’s a city that breathes, essentially. Also, I wanted to write about Nigerian cuisine, so there was that.

PRH: The sin-eater’s skin is marked by the sin he consumes. Is this a commentary on skin color and how we treat other people based on that?

TO: Absolutely. One of the biggest issues that I constantly ran up against in my work in criminal justice and incarceration is how race and skin color play into it. You look at our prison population and our general population, the disparate percentages in the amount of people of color in prison versus whites in prison, you see that there is something going on there. You take race and issues of criminal justice and punishment, you put them all together and you discover that so much of your experience as an American is flavored by what you look like. It’s the type of thing that someone can see from a mile away. It’s not like eye color or national background or religion. Although there are outward indicators of those, race is immediate, visceral, and obvious. For lack of a better word, it colors your experience. In having these sin-eaters marked, I wanted to dive into what it meant to have your entire life dictated in part by what you look like.

PRH: Not to mention people wanting to see things in you that they don’t want to see in themselves — making a scapegoat.

PRH: But this is more than racial allegory or a message book: It’s a lot of fun — not that it can’t be both!

TO: I had a lot of fun. I think that the difference between Beasts and some of the writing I’ve done in the past is that I let myself have fun with this. It’s an adventure. Taj likes to joke. It’s a coping mechanism to a large extent, but he’s a funny guy, and a lot of the crew he hangs with are funny people. I wanted to have that in there.

TO: I hope that you enjoy the book! This has been an incredible journey. This is my debut novel, and something I’ve been dreaming about for 15 years. I’ve put in a lot of work, so I hope you enjoy it.