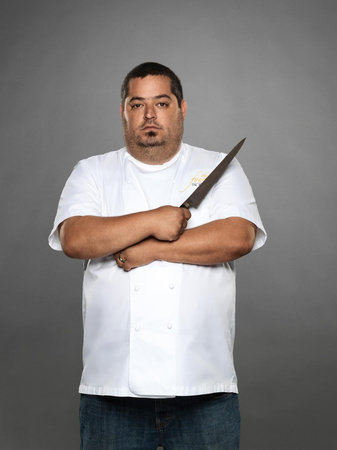 ERIC GREENSPAN is graduate of Le Cordon Bleu culinary school and has trained with celebrated chefs in New York and Spain. He worked as executive chef at Patina in Los Angeles and, in 2007, opened The Foundry on Melrose, which was nominated by the James Beard Foundation as Best New Restaurant in America. He has competed on numerous food shows and has been featured in the New York Times, Wine Spectator, Art Culinaire, Los Angeles Confidential, Angeleno, and Los Angeles Magazine. He just opened Fleishik’s, a new modern Jewish deli, in Los Angeles.