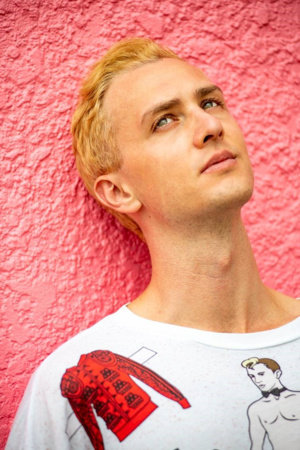 RAZIEL REID‘s debut young adult novel, When Everything Feels Like the Movies, won the 2014 Governor General’s Award for English-language children’s literature, making him, at 24 years old, the youngest ever person to win the prestigious award. When Everything Feels Like the Movies, optioned for film by Random Bench Productions, is inspired in part by the 2008 murder of gay teenager Lawrence Fobes King. Published in 2014 by Arsenal Pulp Press, it has since been published in the UK by Atom Publishing with The Telegraph listing it as one of the best YA novels of 2016, and in Germany by Albino Verlag. It was selected for inclusion in the 2015 edition of Canada Reads, where it came in second place. It was also nominated for a Lambda Literary Award for LGBT Children’s/Young Adult Literature, and for Publishing Triangle’s Ferro-Grumley Award. Raziel lives in Vancouver.