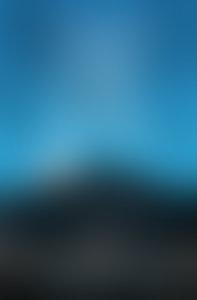 Aaron Mahnke is the writer, host, and producer of Lore, as well as the author of a number of supernatural thrillers. His deep love of the mysterious and frightening began with Unsolved Mysteries and The X-Files—and it’s a love that continues to this day. Basically, he’s a nerd for anything inexplicable or supernatural. Mahnke lives with his family in the historic North Shore area of Boston, the very heart of Lovecraft Country and the Salem witch trials.

The World of Lore: Wicked Mortals

The World of Lore

The World of Lore with Aaron Mahnke (full panel) | BookCon 2018

Aaron Mahnke is the host of the hit podcast Lore: an ongoing series that shares strange and curious tales from the darker corners of history and culture. He is also the author of a new book inspired by the podcast, The World of Lore: Monstrous Creatures, and executive producer of the “Lore” television show, set to premiere this week on Amazon Prime. We caught up with Mahnke at New York Comic Con 2017.

PENGUIN RANDOM HOUSE: You’ve got a television show coming out and a book on shelves, but it all started with the podcast. How did it begin?

Aaron Mahnke: It was a mistake: I fell into this. I was writing supernatural thrillers in the evenings around my day job as a graphic designer, and trying to find ways to sell more books. I thought that if I could take these neat historical tales I was digging up for the novels — I wasn’t using all of them — and share some of them as non-fiction, friendly historical essays, it could help. I started writing a document that I was going to call “My Five Favorite New England Myths” but when I wrote four of them and looked at the word count. I was at about 10 or 15,000 words. I realized I was asking people to read a massive PDF on their phones, and that wasn’t going to be a friendly or valuable experience. I dragged the file to my trashcan, and as I was about to let go and trash it, I remembered that I read through audiobooks. I grabbed a microphone that I had and recorded one of these myths and sent it to a friend. I told him my plan to release it as an audiobook, and asked if he thought I should do it. He said no, and told me that I should release it as a podcast. I fought him a little bit, and then I gave in. I released it in March of 2015, and here I am.

PRH: Are you the kind of guy who just has this kind of thing around the house? Do you have a dusty bookshelf full of strange and archaic tomes of New England folklore?

AM: I have a lot of books. The good news is that I’m a book lover. This is a nice job to have when you have to dig into a lot of books. There are a lot of great older books you can find in used bookstores: things written in the 1800s when they were a little more gullible about believing in this stuff, as well as some great historical documents.

PRH: Do you have a favorite example of this kind of history? Something that you look back on and wonder how people could have believed in?

AM: One of my favorite tales is now one of the TV episodes. It is also the first story in the book, and was the first episode of the podcast. It is titled “They Made a Tonic”. It is about a young woman in Rhode Island in the 1890s who became sick and died. She wasn’t the first in her family to pass away from this illness, and people were starting to wonder what was going on. The folklore of the time suggested that maybe one of the people who had already died was feeding on the living from the grave, so they dug her up, cut out her heart and liver, and burned them on a stone in the cemetery. Because her brother was sick but had not died yet, they mixed the ashes with a bunch of liquids and made a tonic, which they then fed to him as a remedy.

PRH: We’re about to take a tonic of yours: a concoction in the form of your book. I assume some part of your own heart is in it.

AM: I have a passion for the connections between the stories. I tell stories on the podcast all of the time, but they become powerful when you put them in a book like this. For example, all of the tales of small, invisible little creatures are all in one section. When you read them in a row, you pick up on these little details — an element from Indonesia, an element from Ireland, an element from Native American folklore — that are separated by months or weeks in the podcast, but are right there in the book for you to grab on to consistencies that, honestly, shouldn’t exist. There’s no reason why the people of Indonesia would talk about creatures in the same way that people in Ireland did because those cultures never connected, and yet they did in this way. It’s fascinating to see happen.

PRH: What do you want to tell us about the show?

AM: The book is out on October 10, and the 13th of October, which happens to be Friday the 13th, is when the TV show is released — six episodes on Amazon Prime Video from the producers of “The Walking Dead” and “The X-Files”. I’m in good hands. It is high quality television. Robert Patrick from “Terminator 2” is in one of the episodes. Kristen Bauer van Straten from “True Blood”, and “Teen Wolf” star Holland Roden are on the show, as well. These are good, high level people telling these stories with a mix of animation, found footage, photographs, and other elements that break it up visually and help you understand the story.

PRH: Will the podcast continue?

AM: Absolutely. As long as there are stories to tell, I want to tell them.